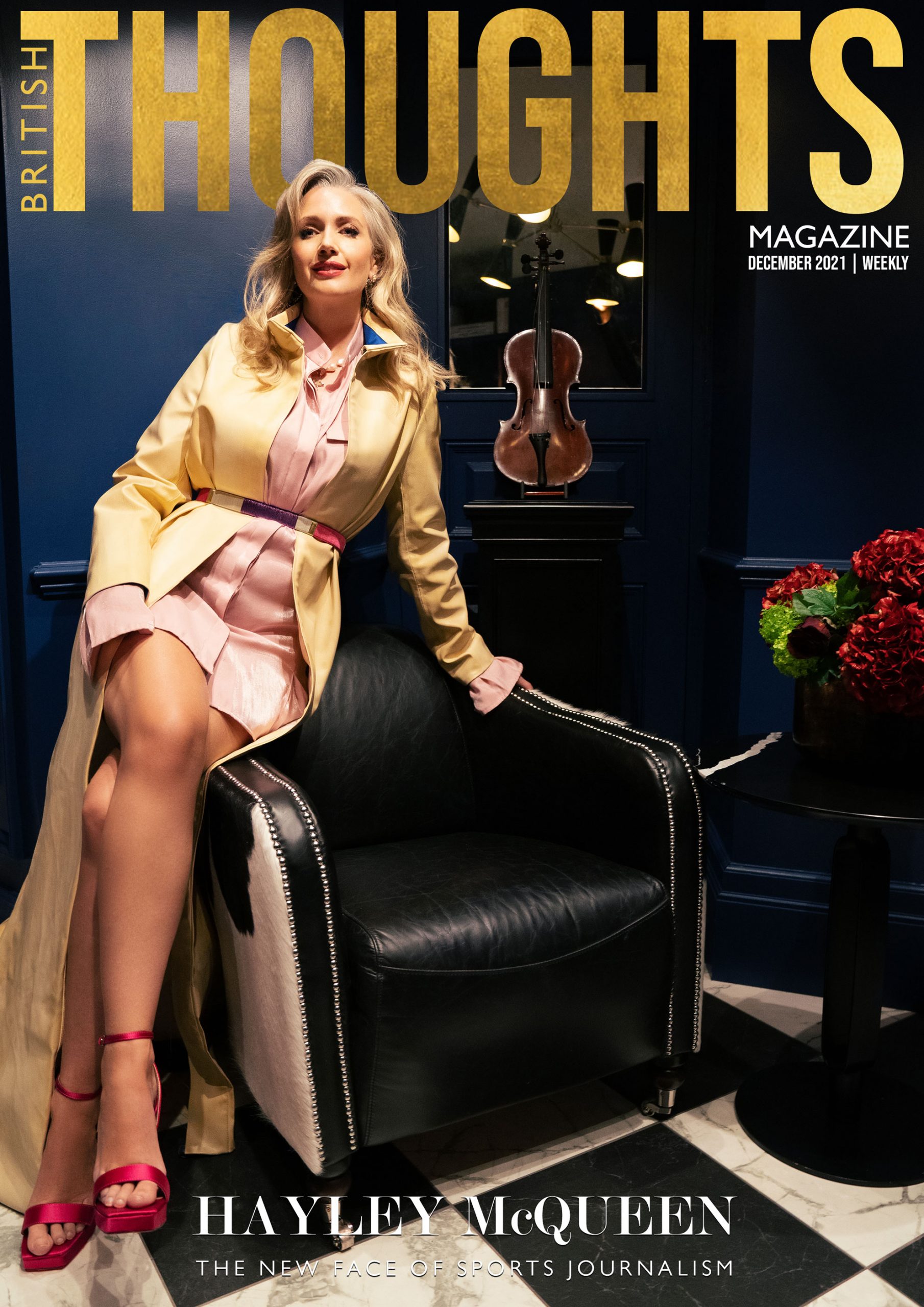 Hayley McQueen is a Sports Broadcaster with a wealth of presenting and hosting experience gained during her 15-year career in the media. Throughout her career, Hayley has interviewed world-renowned sportsmen, including Usain Bolt, David Beckham, Jose Mourinho, Sebastian Coe, Cristiano Ronaldo and Sir Alex Ferguson.

Starting her career behind the camera, it was Hayley’s love and knowledge for football that led her to successfully venture on screen, presenting and producing daily talks, match day live build-ups and phone-in-shows. Hayley has also presented the FA Cup Final, Champions League Final and the League Cup Final. With numerous projects to keep her busy, McQueen takes on the coming years of change within the sports industry, advocating for the increase of women sports broadcasters and speaking out on the dementia battle of her ex-Man United player father, Gordon McQueen.

Could you tell us what it was like starting out in the broadcasting industry? What do you think are the misconceptions that people have about it?

I got into the industry such a long time ago that things have definitely changed now. When I got into broadcasting there were a lot fewer people and so the competition wasn’t as tough. However, there weren’t as many opportunities as there are now, so it’s funny in the way it’s changed like that. Now, there are a lot more opportunities particularly for women in broadcasting and particularly for women within the industry that I’m working in, which is sport. When I first joined there weren’t so many, it was a bit of a novelty and as a woman, I wasn’t treated as seriously, people often presumed I just wanted to be a presenter. This wasn’t the case, I wanted to be a journalist. I’m a broadcaster.

I don’t just want to sit on television looking a certain way or be given a job based on the way I look. Instead, I’ve had some great travel opportunities and I’ve met some really interesting people over the years, particularly within sport where I’ve been able to watch some of the biggest names grow. I remember interviewing David Beckham back in the day when he was playing football and then again in 2012 when he was part of the bidding campaign for the London Olympics. Before I know it, I’m interviewing him again as a grown man with four kids. But it’s nice to have worked in the industry for such a long time that I’m able to see these sporting heroes grow and that’s something I didn’t think about when I got into broadcasting, that you grow and change as the industry grows and changes.

As a professional broadcaster, especially discussing sports toe-to-toe with big names in the industry, what were the hurdles you experienced back then and how did you deal with it?

One of the hurdles I dealt with was not being taken seriously. People didn’t seem to realise that I was in it to get a news story that brings to life an interview. I wouldn’t be going into an interview wondering what I look like or what my questions are going to be like, I would be going in and making sure that I get the very best out of a guest. But people think you’re on TV because you want to look good or be projected in a certain way. But I didn’t care about being on screen or even hearing my questions, I wanted to walk away thinking that I got a really good interview and a great news line out of this person. Whilst not being taken seriously is a hurdle, there was a way I could use this to my advantage.

If they didn’t take me seriously, I could potentially ask some questions that older, male journalists would ask, and it would rub someone the wrong way. Whereas as a younger female, I could ask it and it would come across slightly differently because they wouldn’t take me seriously. But having worked in the industry for almost two decades, I like to hope people take me seriously and respect me. I know that I love football, I watch it, I can analyse it and I can get the very best out of a guest.

From gallery assistant to presenter, how did you begin this transition and what was the turning point that made you want to shift from administration work to being the lead anchor on sky sports news?

I didn’t leave university thinking that I wanted to be a presenter, but I did leave knowing that I wanted to be a journalist. I didn’t quite know where I fit at the time, so I actually did a little bit of work experience in a few different places and it was there that I realised TV is for me. I definitely saw myself more as a broadcast journalist, someone putting questions together and working within documentaries, which I did do later in my career at SMU TV.

But I wanted to learn the ropes, I wanted to know what it was like to put the news together, what it was like to write and work behind the scenes before being thrown in front of a camera. I wasn’t the most confident person, but I was confident in my ability to do the job. So, I worked behind the scenes for Manchester United TV, Middleborough Football Club Television and This Morning. Even at Sky, I worked for the production team before eventually venturing in front of the camera. It was very much a transitional process.

The sports industry is known to be male-dominated, or at least used to be. Do you think that this is changing? Do you think your industry is getting more females, particularly sports broadcasters?

Having so many pundits now being used across the board we’re seeing more female faces and the more you see it, the more accepted it becomes. We’ve got Jacqui Oatley who is now commentating at Sky, and not just on women’s football but also the men’s games. But there are also broadcasters who are now commenting on female-dominated sports such as netball, tennis and lots of athletics. And whilst these sports have had platforms for years, they were often overlooked and forgotten. Whereas now, these women’s sports are being put on terrestrial television. We now have the Women’s Super League, the WSL, which is broadcast live on Sky Sports and by doing this it encourages young girls to want to play sports, talk about sport and get into sport.

When I started, it was men interviewing men, whereas now more women are on screen and they’re not just presenting, they’re reporting, commentating and working as expert analysers of the game. Just because I’m not a guy it doesn’t mean to say that I don’t know enough about the sport. For me in particular, who grew up watching football, I have love and opinions on the sport that should be taken seriously.

Kateryna Monzul has recently become the first woman to referee England Men’s Football. Do you think this is a step in the right direction for women and sports? What was the reaction in the industry?

This is definitely a step in the right direction for women and sports. We saw the game and I love the fact that it was a big broadcasted, televised game for the national team and not just a game that could be buried away or cut. Refereeing is tough as well, they’re scrutinised, talked about and for a female to put herself up there and go through that level of scrutiny on top of already being in a role that is quite difficult, it definitely takes a certain type of woman. Women that are putting themselves out there are showing other women that they can do that too. It is showing young girls that there are lots of different roles within sports, particularly when you look at the medical side as well. We’ve got female doctors working for football clubs and physios running out onto the pitch to treat players. Having this sort of visibility is really refreshing.

Back in February, your family made a statement about your father’s dementia diagnosis in hopes to raise awareness of the disease and its link to football. Since then, what action has been taken and do you think it will be taken seriously?

Up in Scotland, they’ve bought the ruling in that no children under the age of 10 can header the ball in practice, they have eradicated it from schools. They’ve even cut down within training sessions in a professional game. Interestingly, there are footballers now who are using virtual reality. There’s a headset that you put on and it simulates the heading of a ball. So, whilst you’ll have a ball coming at you, you’re not actually heading it. The Digital Culture Sport and Media (DCMS) have been talking about virtual reality football training a lot within parliament, so that’s really progressive. There’s a lot of people such as myself, Chris Sutton and the Astle family who are heavily campaigning, and campaigning not to just look after the footballers who are now suffering but to also look after the health of footballers who are coming through the ranks now and need to be educated about the dangers of heading the ball.

I think the more people who speak up about it, including myself who has the position of power in terms of my social media following, the more we can make people aware. Awareness is everything. You can prevent brain injuries, this isn’t accidental, players are heading balls over and over again and we now know that this causes brain damage. If you tell a footballer, who’s earning all these millions of pounds that by the time you hit your 50s or 60s you won’t be able to live your life and spend the money that you’ve earnt, they’ll cut down the number of times they head the ball or change the way that they train. I do think that there needs to be a law, or a rule bought in across the board, that in training, you can only head the ball a certain number of times or you run the risk of brain injury. When you look at the 1966 Cup-winning side, it’s astounding how many of these plays have Alzheimer’s and dementia.

Finally, what is the one piece of advice you would give to someone wanting to work in the sports industry?

Don’t limit yourself to one particular role or one particular job. You never know that when you get that job, you might not enjoy it. Keep your options open, your mind opens and never give up. If there’s something you want to do and the industry you want to work in, there will be a way to forge your way in. I didn’t want to be somebody who sat down in a gallery and performed someone’s autocue, but I made sure that I did that because it helped me in other ways. Even if you think that the job might not be for you, it will lead to something else through the people you meet. In the media industry, there is a ladder, and you work your way up. You might find someone that you used to work with is way up this ladder and they’ll remember you. So never rule anything out.

For More on Hayley: Follow her on IG: McQueenhayley 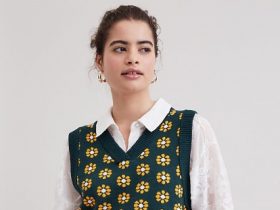