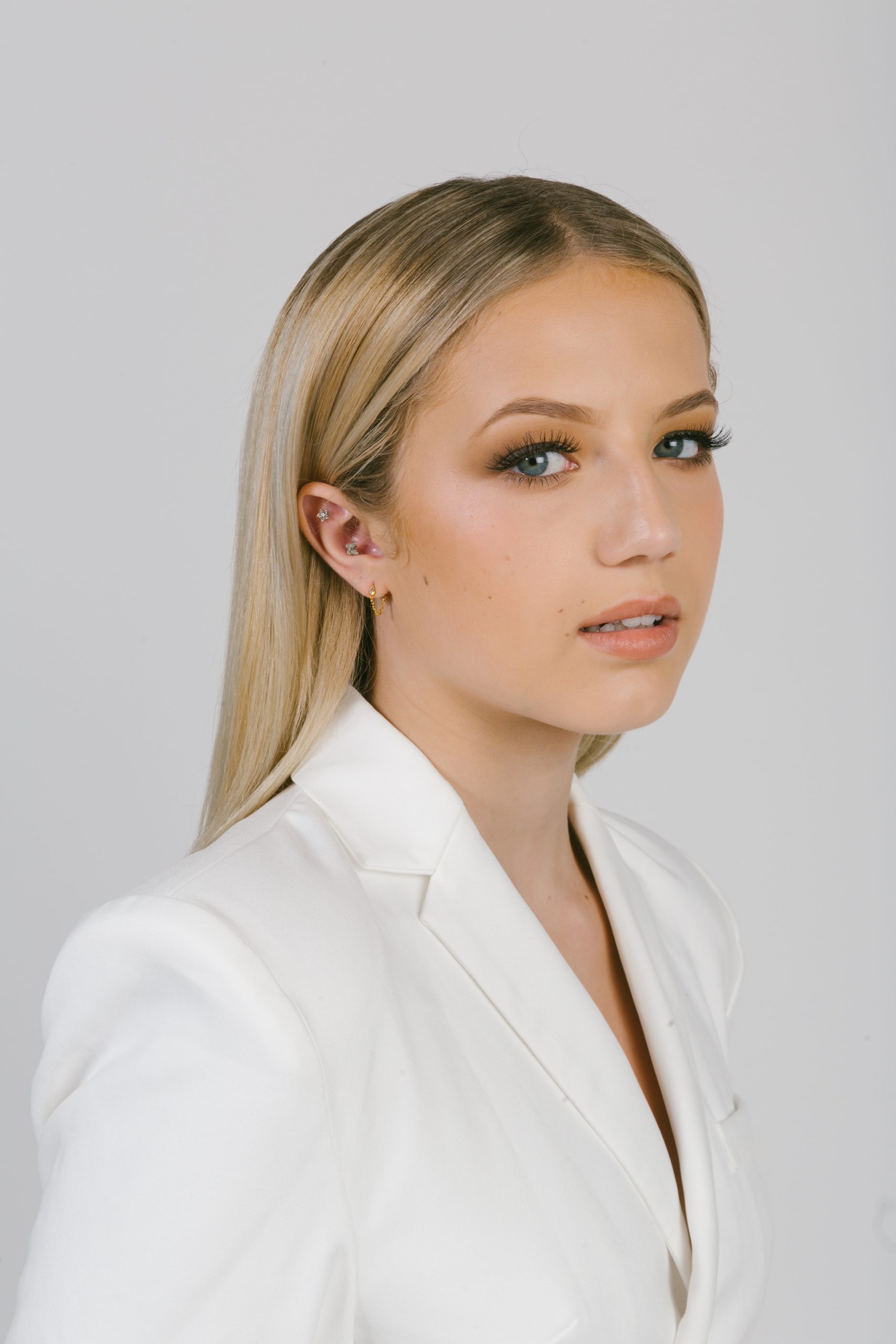 Nickelodeon talent Indi Star is quickly rising as one of the young names climbing to the top. As a true-blue creative you won’t just find her getting into character. Indi is also a budding singer and a talented dancer.

Best known for playing “Kimmie” in Nickelodeon’s Henry Danger, “Brandy” in Betrayed, “Chloe” in My Haunted House, and herself in Q Wonder, she can now be seen as “Young Vista” ( the younger version of Penelope Mitchell) opposite Cary Elwes in the upcoming feature film The Hyperions set to release on March 10th, 2022 exclusively on The Daily Wire. She is also a series regular playing mean girl “Paris” in the Brat TV’s series Charmers. Indi can also be seen as a recurring dancer in Netflix’s popular Dramedy Dead To Me (2020).

Formally a member of Kidz Bop USA/Canada where she has toured and performed around the Country, Indi broke out as a solo artist in 2019 and has released 5 original singles to date and has amassed over 2.5M Followers on her social media channels. In 2020, Indi joined popular social media collective Vibe Crew and has also been recognized as part of the popular social media influencer group The Squad collaborating on content with her friends. Indi is extremely active on her Youtube Channel where she posts weekly videos showcasing her bubbly and upbeat personality with videos surrounding fun challenges, funny reactions, and fan-favorite pranks!

Indi aims to inspire Gen-Z and beyond by promoting self-confidence and passion for her crafts. She is also interested in philanthropic endeavors, such as Autism Awareness, Racial/Sexual Equality, and Save The Earth.

British Thoughts sits down with the darling Indi to chat about her latest single and new projects.

How do you find yourself as a young star?

Indi Star: Young star? I consider myself mostly a singer, and I am moving in that direction! However, I will always have a love for acting. Acting has shaped my character since I was eight, and I can’t deny it! I’m taking a little break from being an actress (I still have some film projects going on), but mainly I want to focus on my music career. 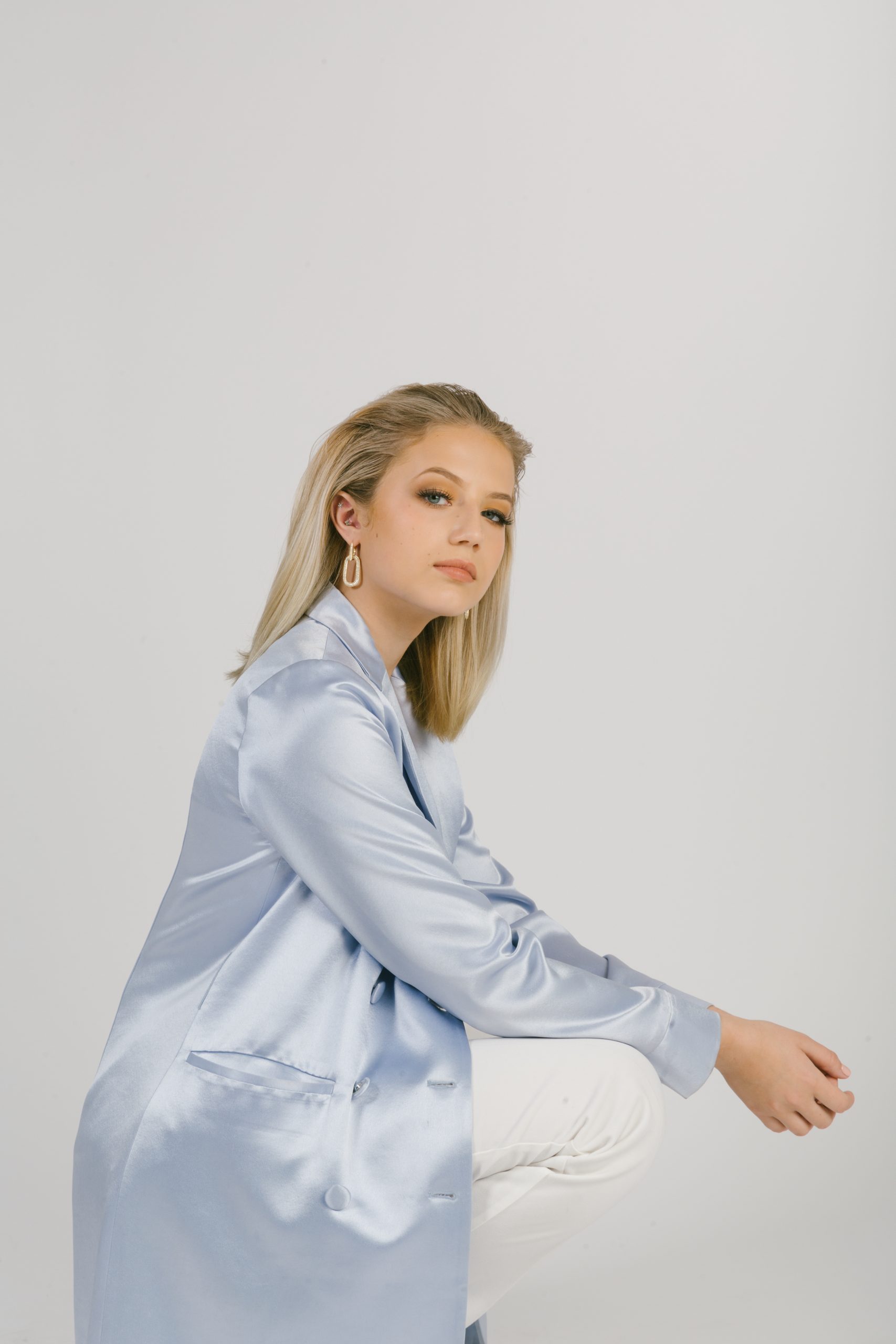 Because I love it. I listen to it literally every single minute of my free time, and I want my fans to enjoy my own work. I want to have an impact on their lives through my lyrics! I believe it is a great approach, putting my real emotions into the field that I really appreciate.

What are your main musical influences?

Recently I listened to Billie Eilish (I mean – who doesn’t?), and I enjoy Melanie Martinez’s work. Her music is great! There is also Lewis Capaldi, that’s the surname I have to mention too. These three shape my current music taste.

In 2020 you started writing your original songs. What are they about?

When I have started writing songs, they were mainly about pairing people, but the recent ones talk about friends, boyfriends and relationships. A couple of weeks ago, I was in the studio. We writing and working on my new material. And you know what? I love this direction, I want to pursue writing tracks about the everyday problems and the reality that surrounds me. 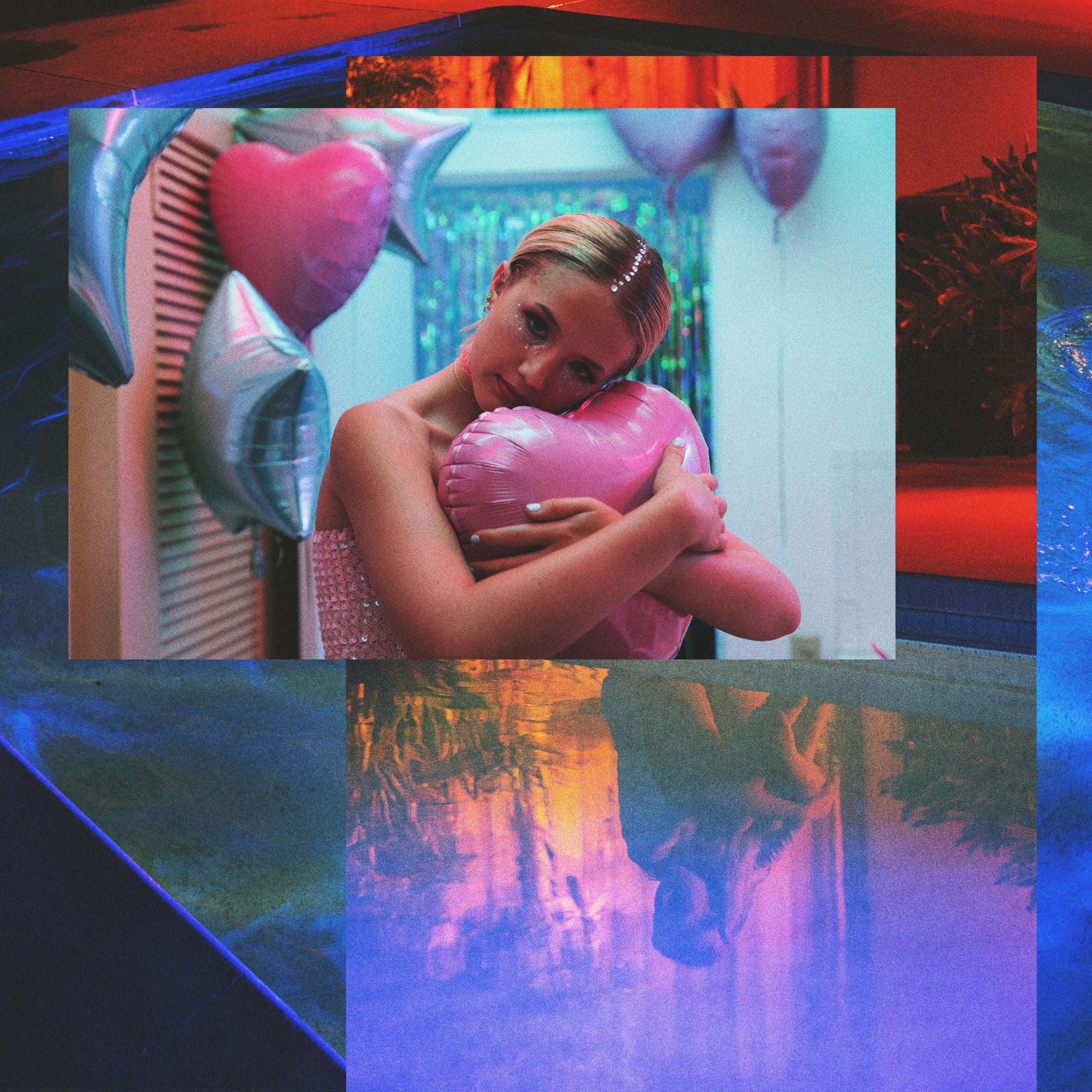 What does the recording process look like for you?

I mainly go to my studio with my producers and additional writers that help me with the lyrics. We all write some lyrics, and then I try to record them on a demo. I talk with these people, I always tell them everything about my personal life to help them come up with new ideas. Later, we talk about the sounds proposed by the producers, and we try to find the most ideal music which will synchronise with the verses written by us before.

I do! I definitely believe that these sites are amazing platforms for young people to promote themselves. They can post their music here and promote it all over the world. It is also a decent opportunity to start creating your original songs. Personally, on TikTok, I play the piano and sing covers (and my tracks) so people will know that I am a singer too.

Isn’t it sometimes a little bit overwhelming that – probably most of the time – you have to count your social media numbers and “look after” them?

Some days it gets overwhelming, but normally I handle it very well. I have my whole family to which I can talk when I need. My mother or my sister… they are always there for me! However, it always affects my mood when my video does not get enough views or when a plan does not go as it should. These are the moments when I know that I have to stay calm and think about myself too. I used to be much more distracted by these little things when I was younger, but nowadays, I’m coping with them pretty decently.

You are growing up, and this industry is always a little bit tricky. Are you not scared that your now popularity might fade away and you will have to start from scratch? There were a lot of Nickelodeon stars like Victoria Justice, who are nowadays – proverbially – forgotten.

If it fades away, then I will have no particular problem with this scenario. As I said, music is my main path for the nearest future: it means that I will be judged not by my fame but by the quality of my compositions. What is more, I do not treat my social media as a job; they are rather platforms where I can promote myself. If something happens, then I still have my music. It doesn’t sound that bad after all.

And how, generally, does fame is affecting you in everyday life? Or you are not yet recognizable on the streets?

I love meeting people that support my music or acting (I even call them my stars as they are always very nice to me). It’s not like I am recognizable when I leave my house, but I had a few situations when people have managed to identify me. What is crazy for me is the fact that I am sometimes recognized by fans older than me. They say that they follow me on Instagram, and I always can’t believe that!

Before going further, tell me something more about your beginnings as an actress.

I have gone to a bunch of various acting schools, and I had to find the ones that will suit me. I loved that experience: you were getting a script, you learned it by heart, and then the teachers gave you some pieces of advice. We were even recorded, and then the videos were screened in front of the whole classroom. Imagine the feeling of being judged by everyone… 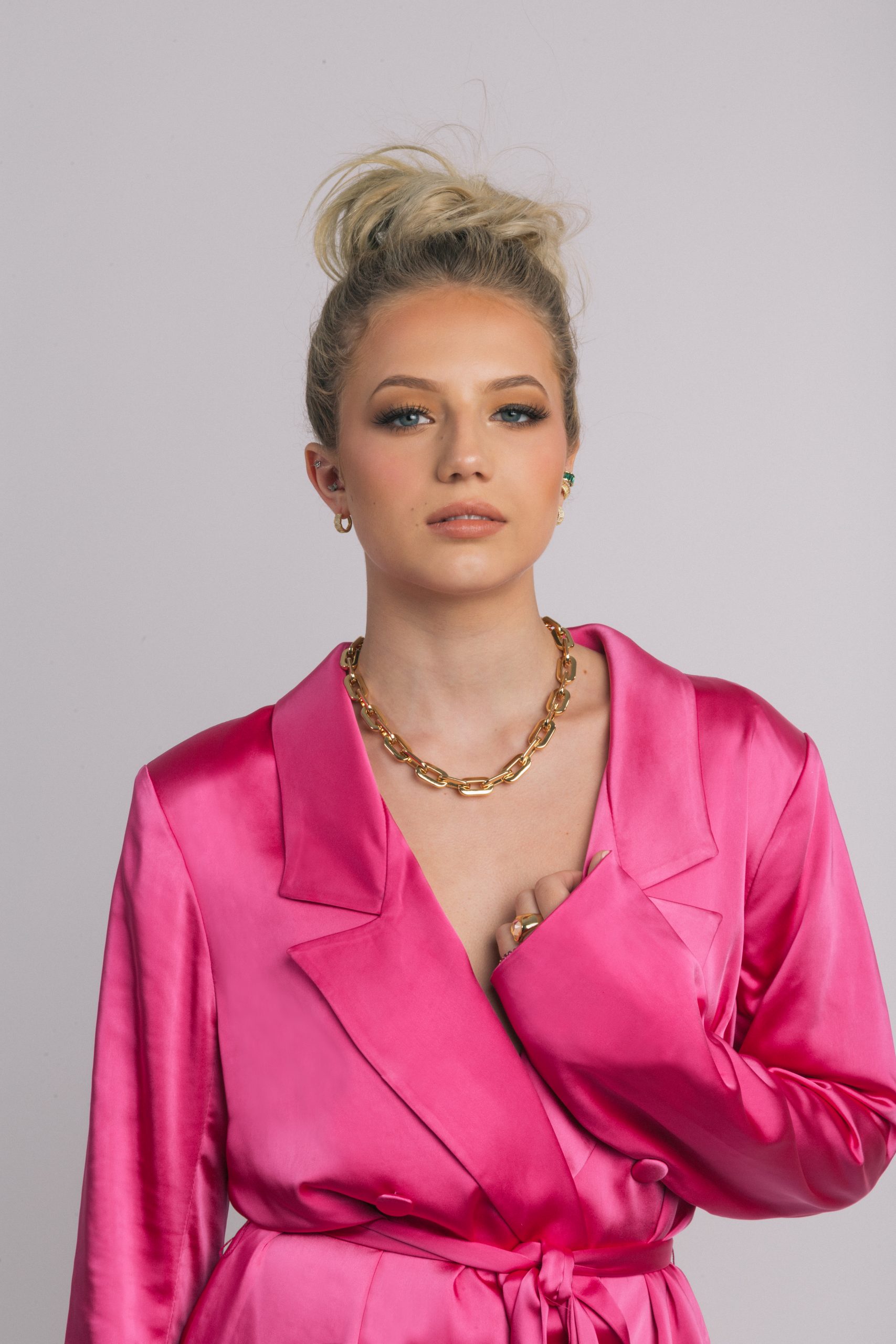 What happened next? I know you played in Henry Danger, a Nickelodeon teen superhero comedy.

I remember going into an audition. Funnily, I was considering quitting acting, but one day my mom came and said: “Look what audition you just got!”. I couldn’t believe it. Anyway, the audition experience was a disaster for me! I remember when I left the room and said to myself: “I did NOT do good this time”. Nonetheless, I got a callback, so you can imagine I was really excited. Back then, I considered Henry Danger my favourite Nickelodeon series of all time.

And what can you tell me about The Hyperions, the upcoming film in which you play a superhero?

It was pure fun for me. I even got a scene when I am on the train, and I have to struggle with some risky business. A bunch of people are watching me, and I am in the centre of the action. This is my favourite scene! You can watch the film right now; it’s out!

Some people might consider you as an acting product designed by various marketing strategists. However, I’m aware that you would like to show them that they are wrong, But how?

I’m focusing on my singing, not on being a social media influencer. Therefore, I presume that this fact will show some non-believers that I have an exact plan for myself. I’ve been working hard since I was young, and no one will take that dedication from me! 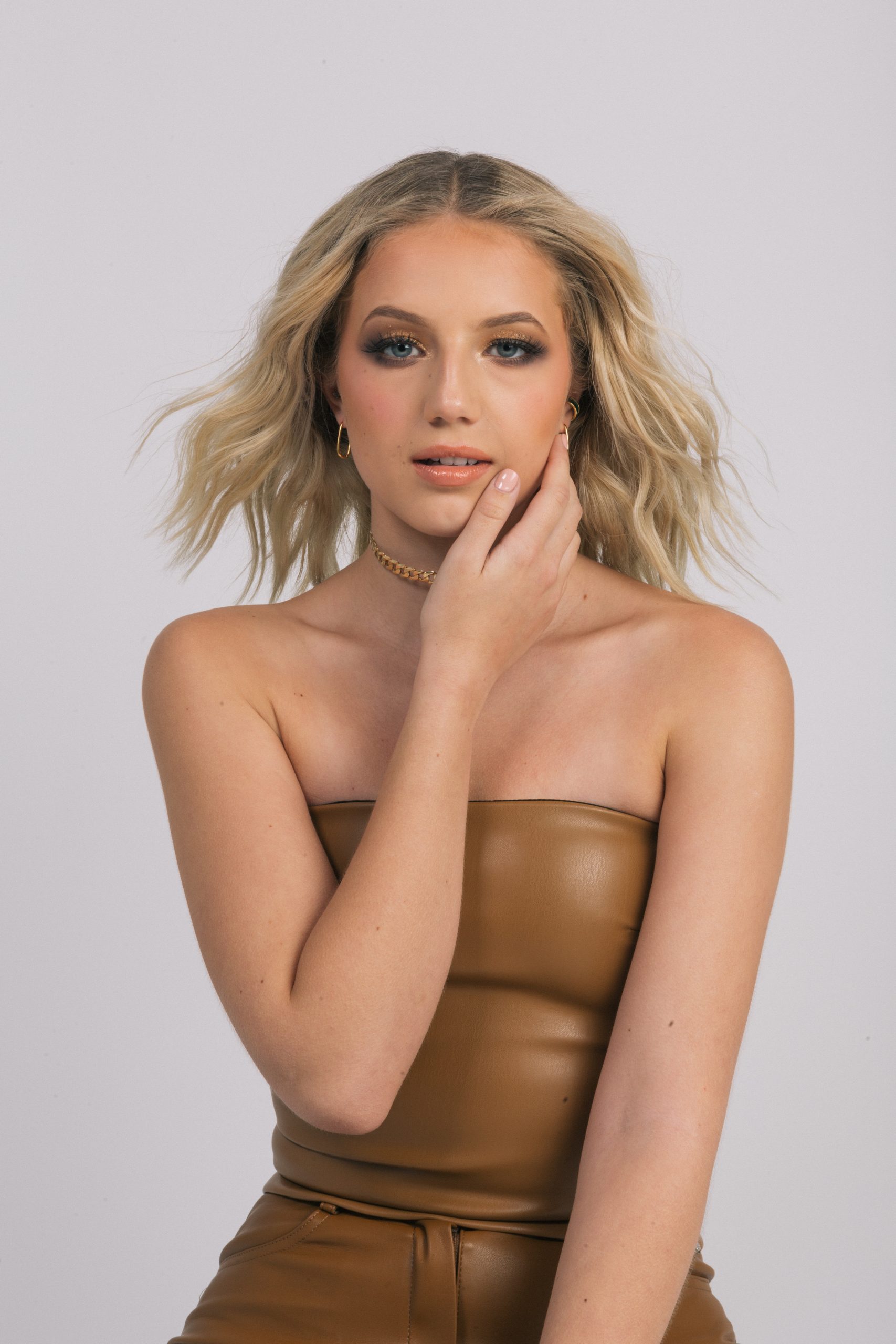 When it comes to your parents: how exactly are they supporting you?

They were always there for me; they even moved to California for me so I could pursue my acting career! When they saw that I have some potential, we talked about moving to a new town for three months and seeing how we like it. Somehow we started to love California, and we stayed here. It changed my life, and I’m very grateful for that.

Did you ever regret choosing this particular path? Would you like to be someone else? Someone who can lead a more ordinary life?

I always talk about this with my best friends. As I said before, that kind of life might be extremely stressful (especially the acting part). Although I never regret choosing the path of becoming a musician. It was the best possibility I could ever dream of.

For more on Indi: