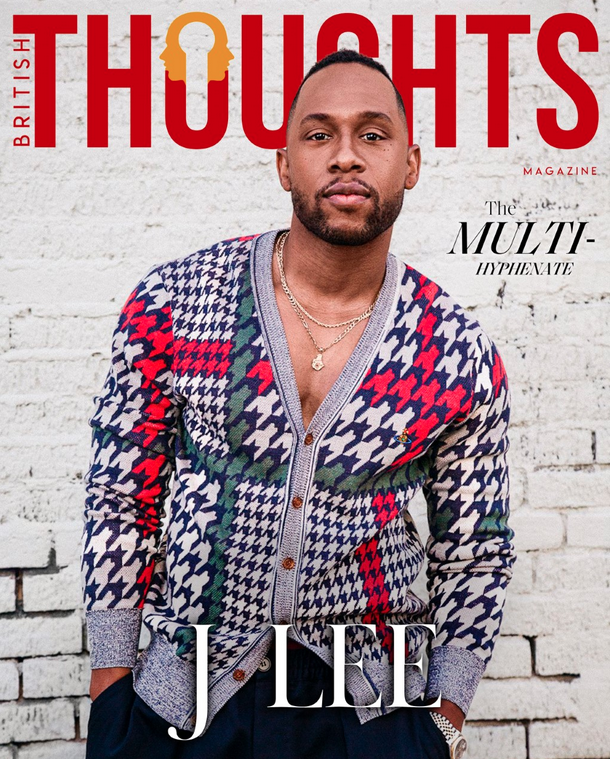 Seth MacFarlane‘s comedic triumph of a series, The Orville, is finally out with an explosive third season. Breakout star J Lee is taking on the helm of being the second funniest man in the room with his character Lt. John LaMarr, starring alongside MacFarlane’s Ed Mercer.

A multi-hyphenated talent, J Lee started on the road to stardom in the reception area of the Family Guy production office, where he struck a friendship with the man notorious for creating Family Guy, American, Dad, and The Cleveland Show.

Now with his new pivotal role on the show, we at British Thoughts chat with J Lee as he talks about The Orville and what we can expect from Season 3. 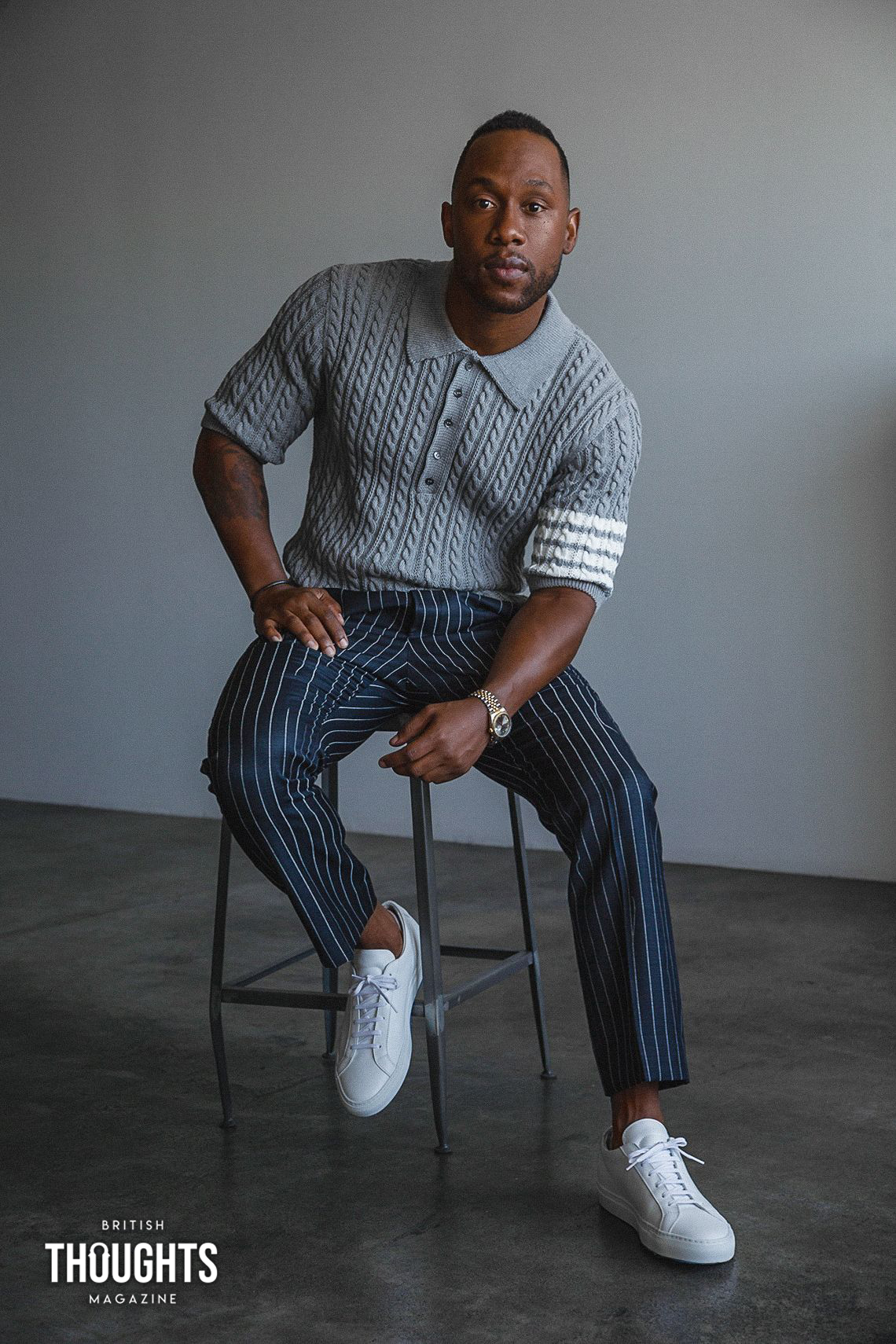 What sparked your interest in becoming an actor?

I think I have always been drawn to arts and entertainment. I grew up as a classical pianist, competing and performing a lot. My father used to always take me to the movies as a kid. I believe the ability to use art (music, film, TV, etc.) to touch and impact other people is extraordinary, which is why I also write, direct, produce, and still play the piano. I love doing all of it and still find myself learning and trying to get better every day.

Who are the people that inspired or influenced you the most?

Ha! If I listed all the people that inspired me, I’d take up every page in this magazine because it’s a long list. But I’ll whittle it down to a few. First and foremost, my mother, Carol Lee. She supported and helped fuel the artist in me and told me at a young age that I could do or be whatever I wanted to. And I was foolish (blessed) enough to believe her. Also, my high school piano teacher, Sister Alice Eugene Tighe. Before she passed, she was like a second mother to me and taught me three invaluable things growing up and studying classical piano. 1: “You have to do the nitty gritty” (It’s why I hashtag #DoTheWork and #DoBetter all the time) 2: “Never Rest on Your Laurels.” As soon as I won a competition, we returned to scales and prepared for the next. 3: And I don’t know if my mother or Sr. Alice taught me this, but “Focus on Your Mission, Not Your Position.” And that’s important in this industry because we’re constantly comparing and seeing other people do the things we love and aspire to do. But you can’t get caught up in what other people are doing. There’s enough for everyone to shine. Focus on what YOU’RE doing and let everyone else do the same; things will work out how they’re supposed to. And then finally, I’ll say Don Cheadle because he’s Don Cheadle.

Could you tell us what the most challenging role you ever played before was?

I once played a character named Junie Buggy in a play called Playing the Bones in college when I was in the theater program. He was an old, ageless sage who lived deep in the forest and played bones like spoons. He was weird. Spoke in riddles. And we had performances almost every night. Yeah – Junie Buggy was an odd dude. But it was fun playing him.

Being an actor entails being in front of the camera most of the time. I know that this can be draining physically, emotionally, and mentally. How do you handle it?

It isn’t all glitz and glam. It’s hard work sometimes. Deep down, this annoying voice tries to creep in and make you doubt yourself. And it’s always there saying, “You’re not good enough. You don’t deserve this. You’re going to hate this when you see it. You’re terrible, etc.” So I just say, if that’s the case, I might as well enjoy what I’m doing now. No point in being upset twice! And then I laugh at myself and that dumb little voice and go back to acting and remembering that I’m doing what I love to do. Create art. That little voice is a wanker. Did I use that correctly? Can I say that in this magazine?

For those unaware of The Orville, could you tell us a little about how you would describe the show?

The Orville is the best show that’s ever been created in the history of television and if you don’t believe me, watch each season 10 times all the way through so we can get the ratings. But jokes aside, we are 400 years in the future on an exploratory vessel in a world that might have a little more hope and brightness than we sometimes see every day. Seth said one time he “wanted to create a show that explored what would happen if we (humans) got it right, right now. What would THAT future look like?” And I think that’s a fantastic concept, and we do an excellent job of trying to achieve that.

Having Seth McFarlane around on set must have everyone in a constant fit of laughter! What is it like working with him?

He’s an absolute workhorse. He cares about every detail and is one of the most multi-talented people I’ve ever been able to work besides. Also, there are plenty of laughs between him and the rest of the cast. My cheeks usually hurt from laughing after a long day on set. But you also have to come prepared. As much as we have fun on the set, our days can be long and tedious, so everyone comes ready and prepared to take on what we have to do that day.

Was there ever one scene that took a lot of time for you to get right?

Halfway through Season 1, we discover that my character John LaMarr is brilliant. I become the chief engineer, with a great promotion and character arc. And as Spiderman’s uncle and every other superhero’s elderly mentor has said, with great power comes great responsibility. And mine now comes in the form of long speeches with complicated space jargon and lingo. And after saying stuff like, “quantum core stabilizers have succinct stratospheres static inversions thresholds thermometers rapidly reducing themselves” ten times in a row, you start to question the entire English language and if your mouth works or not. I’ve also never had to say that sentence I just said above. I made that up. 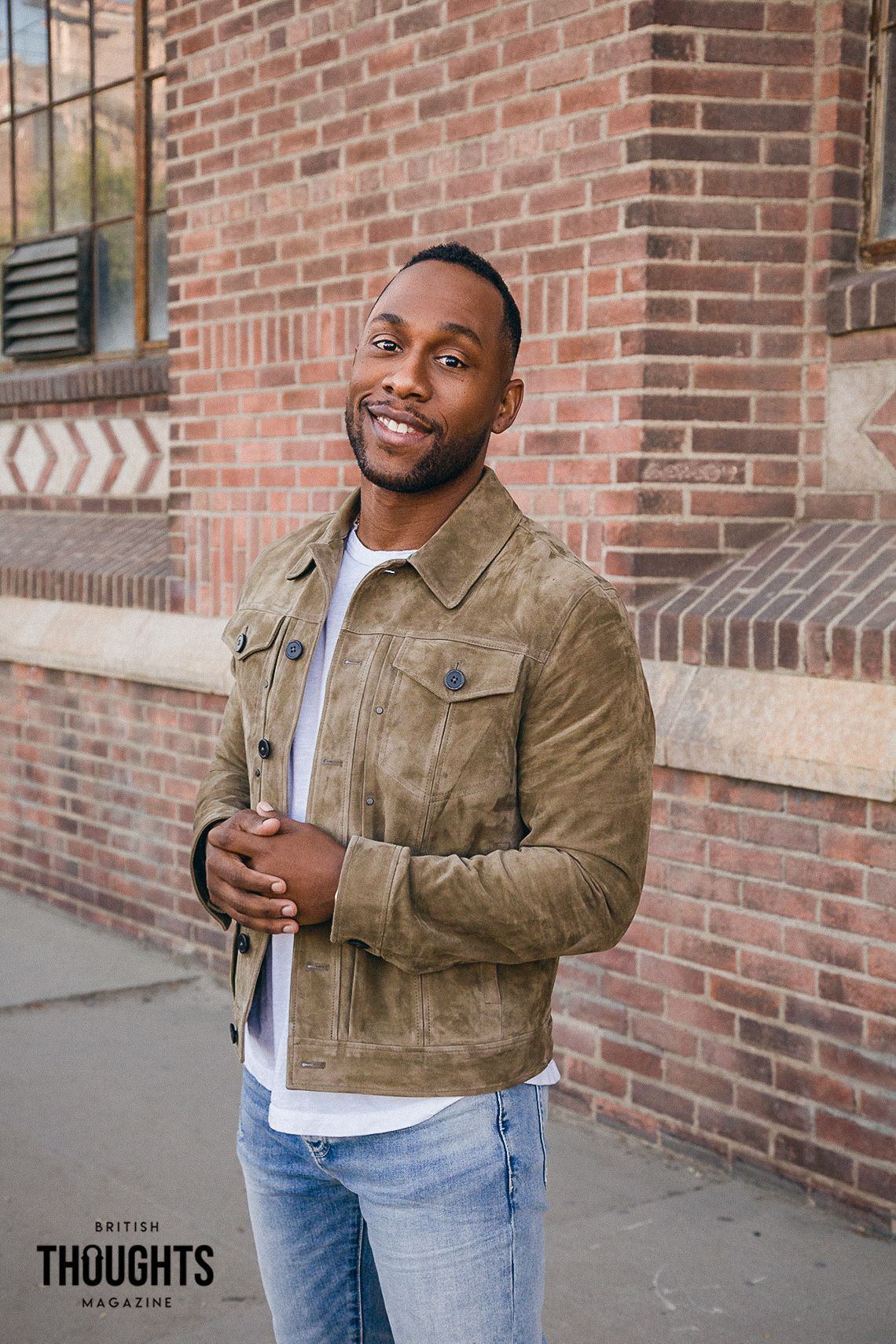 Is there anything we should be on the lookout for about your role with your role of Lt. John LaMarr?

This season, John has stepped into his leadership position as a lieutenant commander. We see how much he cares about The Orville, the crew, and his role. We also get a little glimpse into his love life. So be on the lookout for that! I had to sign two nudity waivers, so yeah.

For viewers of the show, what can we expect from season 3?

This season is truly epic. Each episode we made is like its own film. From the beautiful cinematic visuals to the score to the special effects, the acting, and directing, it’s all top-notch, and I’m incredibly proud of this show and this season.

What’s one piece of advice or knowledge that’s changed your life and why?

“Whether you think you can or cannot, you’re correct.” Also, every word in the poem IF by Rudyard Kipling. I learned that when I became a member of Alpha Phi Alpha Fraternity, Inc. Also, Do Better. It seems simple, but most people forget that “do” is a verb. And every day, you can still and should strive to do better. That’s three, huh? I’ll add a fourth. Never limit the things that changed your life down to one selection. Five, Stay ready, so you don’t have to get prepared. Okay, that’s enough for now. Six, comedy comes in threes.

For more on J Lee and The Orville: 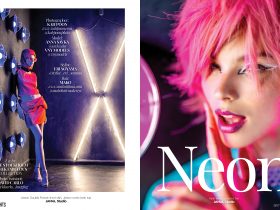 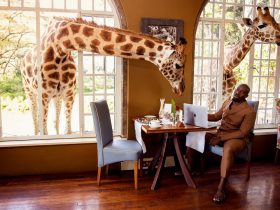 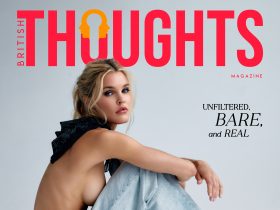 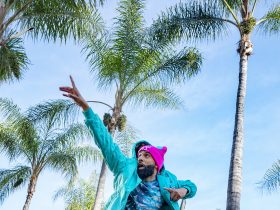