Ashley Campbell was originally a theatre major at Pepperdine University. Music had always been a major part of her life from beginning piano lessons at age 6 and picking up the guitar at 15. But it wasn’t until she was asked to learn the banjo for a role in Pepperdine’s Edinburgh Theater program that music began to take the wheel as both a passion and a career.
Shortly after graduation, Ashley spent the next three years touring with her father, Glen Campbell, playing banjo and keyboards. As the tour went on, Ashley began writing and performing music of her own and subsequently moved to Nashville in 2013 where she signed a publishing deal and began her own journey as an artist. Ashley went on to write and release her first single “Remembering” in 2015. A deeply personal reflection about her father’s Alzheimer’s diagnosis, “Remembering” was featured on her father’s documentary, Glen Campbell: I’ll Be Me. The soundtrack for the documentary (also featuring a cover by Ashley of her father’s song “Home Again”) would go on to win two grammy’s.
————————————-
Photographer | Natia Cinco
Makeup & Hair | Ashley Campbell
————————————- 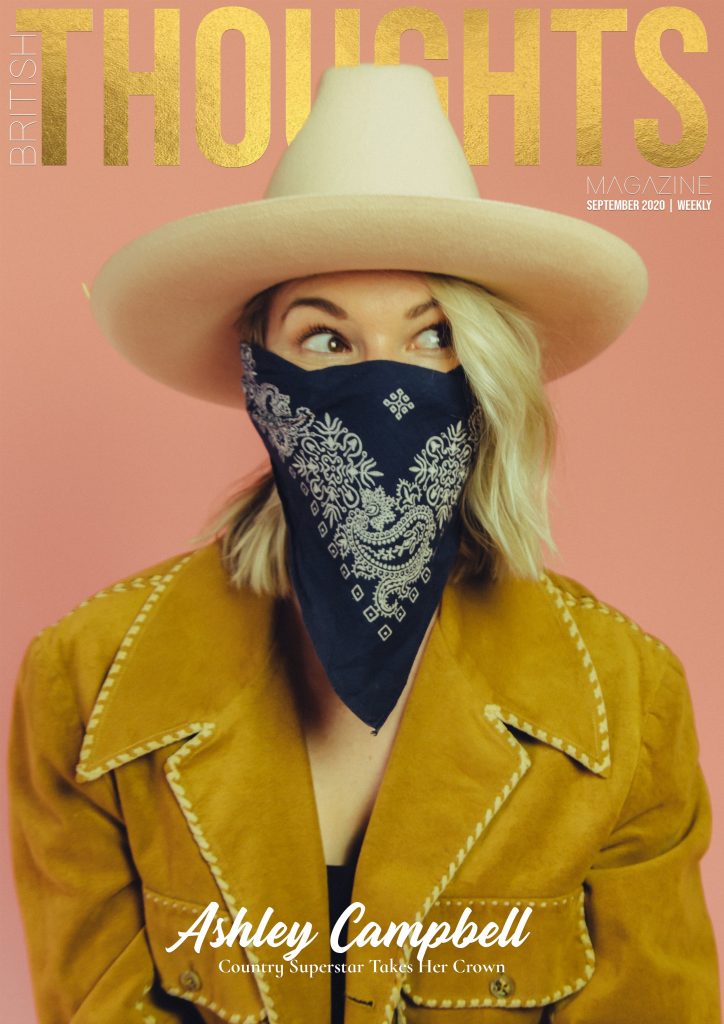 The success launched Ashley into a solo career as an independent artist, releasing her first album, The Lonely One, in 2018. Ashley co-produced the record with her brother Cal and released on her own label (Whistle Stop Records). “The Lonely One“ album hit the Top Ten of the UK Country Chart upon release. Since then, Ashley has all over the US as well as the UK and Europe including opening for Kris Kristofferson in London, the C2C Festival MainStage in 2018, and playing at Carnegie Hall with songwriting legend Jimmy Webb.
Ashley’s sophomore album, Something Lovely (produced by friend and co-writer of “Remembering” Kai Welch) is set to be released October 9, 2020. The album features eleven new tracks including “If I Wasn’t” which features Vince Gill on vocals and electric guitar. Ashley’s hard-wired musicality, clarity and easy lyrical delivery give this collection a classic feel but the songwriting and production are right up the minute. There is depth as well as undoubted style. A mature and confident set from a musician who has earned her place in the spotlight.

My parents had me in piano lessons starting when I was six years old. I have a very good ear and remember being able to pick up any melody the teacher played and play it myself. In my teenage years, I got really into films and wanted to be a film score composer. My favourite films at the time were the Lord of the Rings Trilogy and I decided I would jump ahead of the game and compose the theme for the Hobbit film I was sure they would eventually make. It was a melody to the poem from the book that starts “The road goes ever on and on…” (proud nerd alert!) That is the first song I wrote that I can remember. I also wrote a song with lyrics for a class in high school. I can’t remember anything about it except that it probably wasn’t good! And this was before smartphones so I have no recording of it…which is probably for the best haha. The Hobbit song wasn’t half bad though and I still play around with it sometimes when I sit down at the piano. 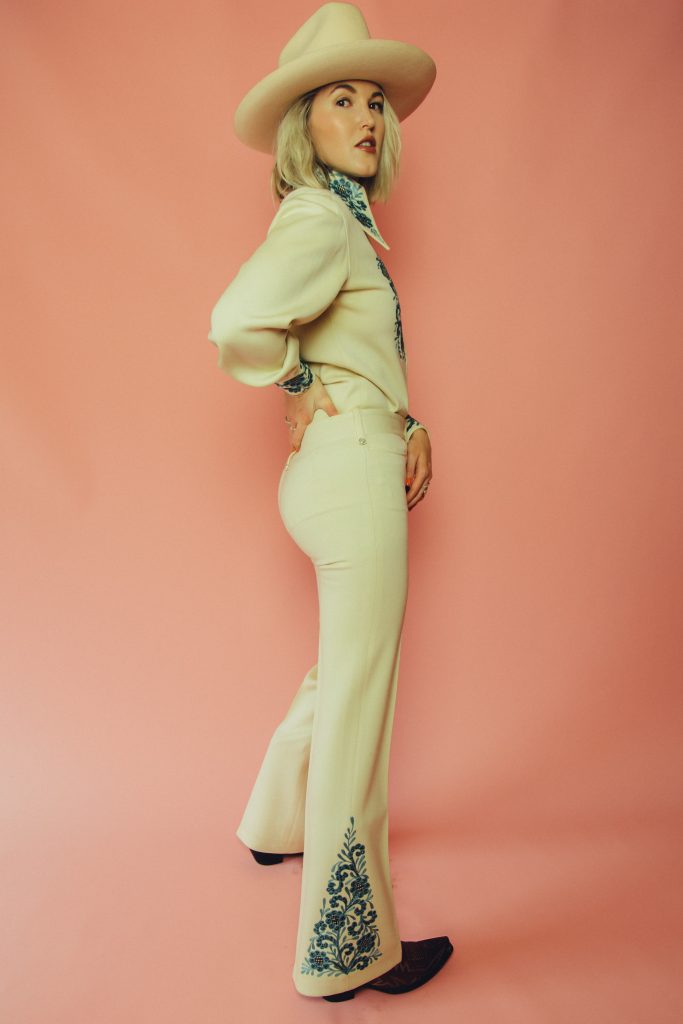 When it comes to your sound, apart from having such an amazing singer for a father,
where do you get your inspiration from?

I have always felt immense love for much of the music that was created before my time. Maybe it comes from being raised on Glen Campbell’s fine tunes but I have always clung to a pleasant sense of nostalgia when it comes to sound. I favour the early days of Willie Nelson and Dolly Parton much more than the synthy, slightly cheesy sounds that emerged in the 80s and 90s. It just seems more real and authentic to me. It speaks to me. I love the big orchestral arrangements of the 60s and 70s. It’s so cinematic!

Would you be open to exploring different genres of music in the future?

Absolutely! I hate the idea that any one artist should be nailed to the hitching post of any one genre. Look at my dad…He was one of the very first pop/country crossover artists and no one said: “Hey…get back to straight upcountry where you belong!” If it’s good, it’s good. As long as it’s authentic and feels right, I’ll do it. I’m not feeling an all bagpipes hip hop album right now…but in a few years, I might be all about the pipes! Never say
never…though maybe an album in French would be more realistic. That’s definitely a
dream of mine. 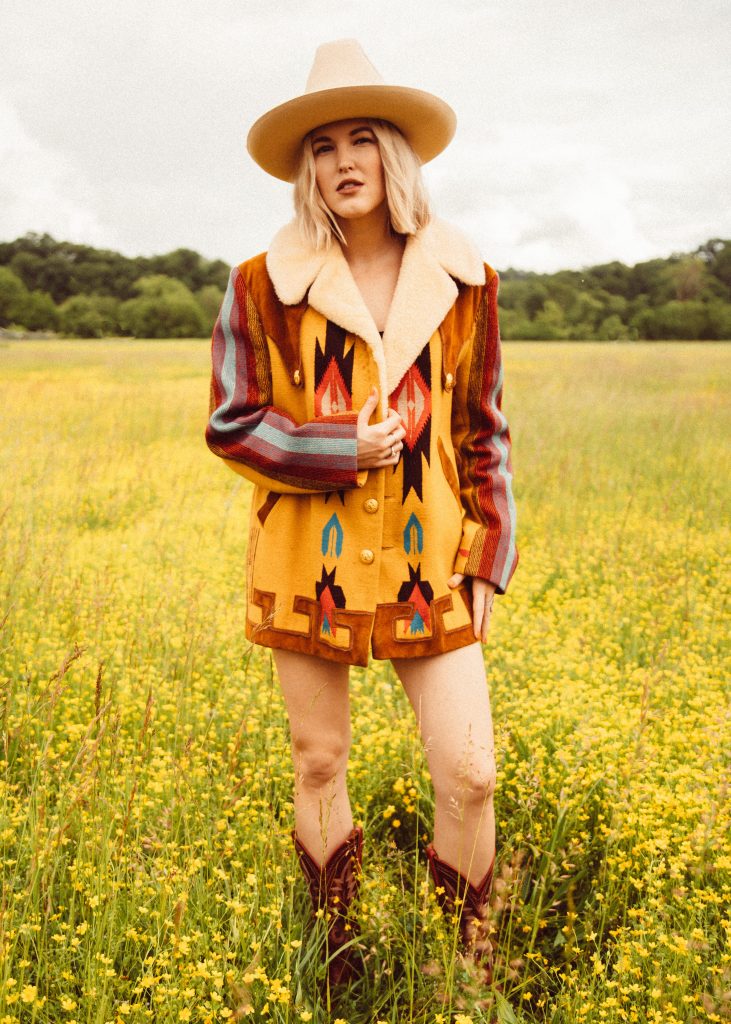 What do you think about how country music is evolving into these different fusions with other genres? Namely hip-hop, pop, and others?

I am personally not a fan of much of the newer country/pop that is happening. I feel like the super automated, auto-tuned production style of music we see a lot of these days often does the world the injustice of hiding a lack of talent in some artists. I’ve seen some fairly well-known current country artists who have hit on the charts play and sing a song on an acoustic in a small room and they couldn’t even stay on pitch. I just wish there could be more integrity in artistry these days. But unfortunately, it seems like money is the driving factor with these big record labels who make this music and it’s not going away any time soon. We all have our own tastes and opinions though, so I’m just gonna keep doing me and I wish them all the best. It’s a big world and there’s room for all of us out there.

How did your new album “ Something Lovely” come together?

In the wake of my first album “The Lonely One” which leaned a little on the pop countryside, I wanted to dive fully into my obsession with the old way of doing things. I was listening to a lot of music from the 60s and 70s through all sorts of genres…From Merle, Willie, Dolly, and Glen Campbell to Francoise Hardy, Andy Williams and Astrud Gilberto. We recorded the majority of the record over a span of 10 days in December of 2018. We did a lot of the tracking live and really had fun with it. My producer, Kai Welch, and I were on exactly the same page. 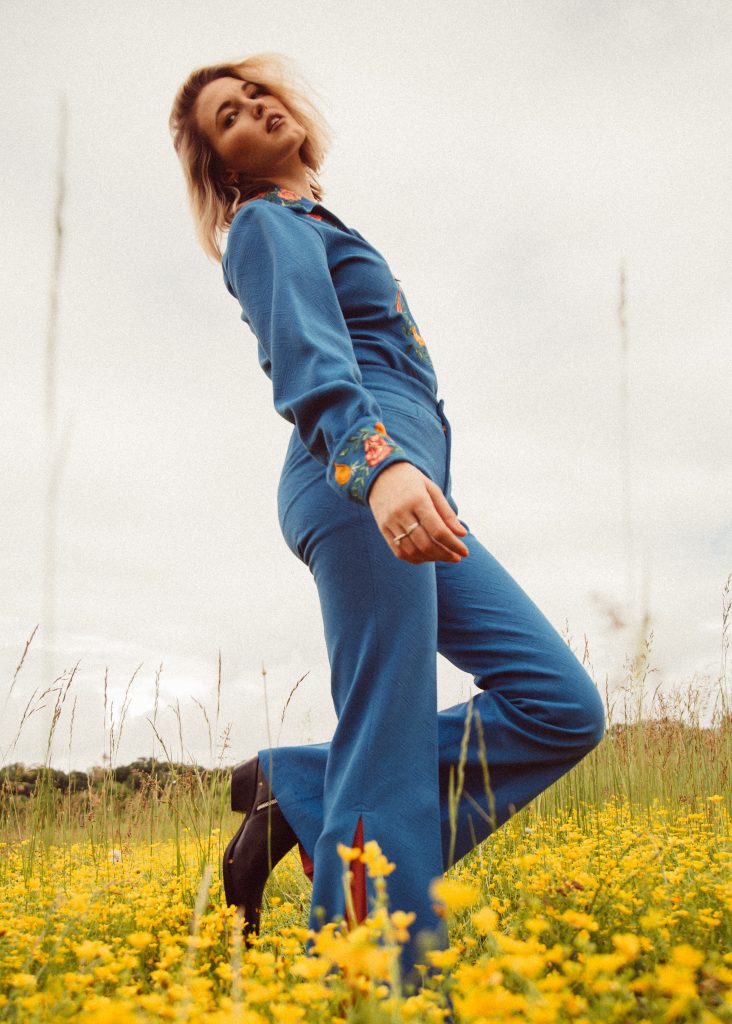 Since your album is coming out, could you tell us why is the title “Something Lovely” and what is the message behind it?

The title “Something Lovely” comes from the fourth track on the record. I see that particular song as representative of the whole album. It’s nostalgic but it also feels like right now. It’s not too dramatic or trying to say anything too complicated…it’s just something lovely. In a world of so much anger and ugliness, we could all use something lovely right now. A reprieve. A moment of beauty and light.Vulnerability without fear.

Out of all the songs you’ve written for this album, Do you have that one song that struck a special chord with you? Theme and composition-wise.

For me, Alice (the tenth track) is a deeply personal song. I wanted to capture this moment I experienced shortly after my dad passed away. I was standing in the kitchen looking out the window at my mother on the patio sipping coffee. I was in a dark place with the loss of my father but I was also so full of love I almost began to cry. The feeling of loving a person so much with the knowledge that you will certainly lose them someday. And I feel that way about every person who matters to me in my life. It’s terrifying to love with the fear of loss in the back of your mind. “And it scares me half to death the way I need you cuz I know that time is always running out.” 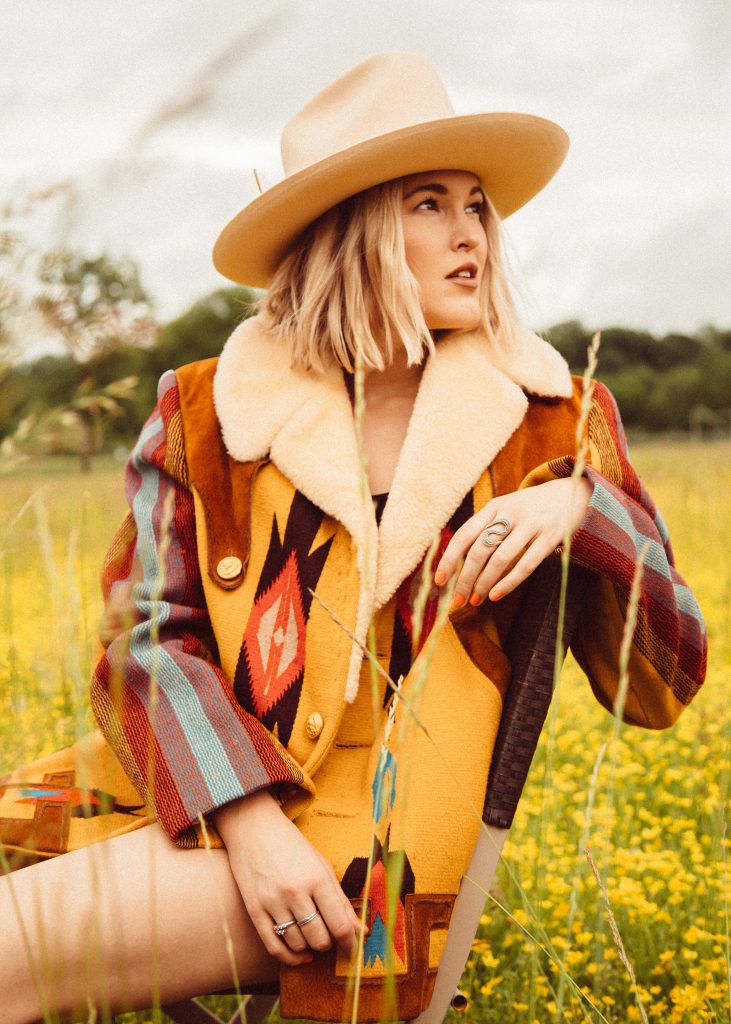 And Lastly, Hypothetically, if you were to write a song about this year, what would you
call it and why?

This year has caused me to ask myself a lot of big questions. Mainly,
“What do I want out of life when what I “do” in life is suddenly taken off the table?” When
all my gigs were cancelled for the year and everything was thrown into such uncertainty,
I had to really think about what I am living for, if not for that. Maybe the song would be
called “Smell the roses and bake banana bread” or “Run for the hills!”. If I look on the
bright side, I think I have found a better balance between quality of life and working my
ass off in music. I’ve been enjoying relaxing at home but also working at home. It’s nice
to find balance…but please, let’s get the world moving again soon!