Maz Jobrani was born in Iran, and relocated to Tiburon in the San Francisco Bay area after his family was forced to flee during the revolution.  He went on to receive a B.A. degree from UC Berkeley, and chose to further his education by enrolling in UCLA’s PH.D. program, when he decided to change course to pursue his calling in “showbiz.”Most recently Jobrani was seen opposite Rita Wilson in the indie feature “A Simple Wedding,” (from the producers of My Big, Fat, Greek Wedding), and portrayed the loveable “Fawz” on the CBS comedy SUPERIOR DONUTS as a series regular.  He has additionally frequented on television’s most popular shows such as GREY’S ANATOMY, CURB YOUR ENTHUSIASM, THE DETOUR, LAST MAN STANDING, and SHAMELESS.Jobrani starred as the title character in the award-winning indie comedy, JIMMY VESTVOOD: AMERIKAN HERO, a feature which he co-wrote and co-produced and is now available on all major streaming platforms. He’s graced the silver screen in such feature films as Sydney Pollack’s THE INTERPRETER, Disney’s DESCENDANTS and Ice Cube’s FRIDAY AFTER NEXT.  His original standup special IMMIGRANT, was filmed at the prestigious Kennedy Center and is currently streaming on NETFLIX.  He’s also released 3 additional solo specials on SHOWTIME including: BROWN AND FRIENDLY, I COME IN PEACE, and I’M NOT A TERRORIST, BUT I’VE PLAYED ONE ON TV.  Moving beyond the spotlight, Jobrani served as executive producer for EVERYTHING MUST CHANGE, a documentary about his late sister’s battle with breast cancer which is currently available on iTunes.In the Spring of 2016, he performed at the White House where he had the privilege of introducing Former First Lady, Michelle Obama.  In 2017, Jobrani was asked to give the keynote speech to the graduating class at UC Berkeley, for which he is an alum.No stranger to the comedy circuit, Jobrani was a founding member of THE AXIS OF EVIL comedy tour, which aired on Comedy Central.  He is a regular panelist on NPR’s WAIT WAIT DONT TELL ME and has given 2 TED Talks. His LA Times Best Selling Book, I’M NOT A TERRORIST BUT I’VE PLAYED ONE ON TV, was published by Simon & Schuster.  He’s also given two TED Talks ,  2 TED TALKSJobrani currently hosts his own podcast Back to School with Maz Jobrani with the All Things Comedy Network on his website, and is currently on tour with his Peaceful Warrior Tour (tickets and tour dates available at MazJobrani.com).You can additionally catch him bringing viewers a daily dose of laughs with #LockdownComedy on his Instagram platform. 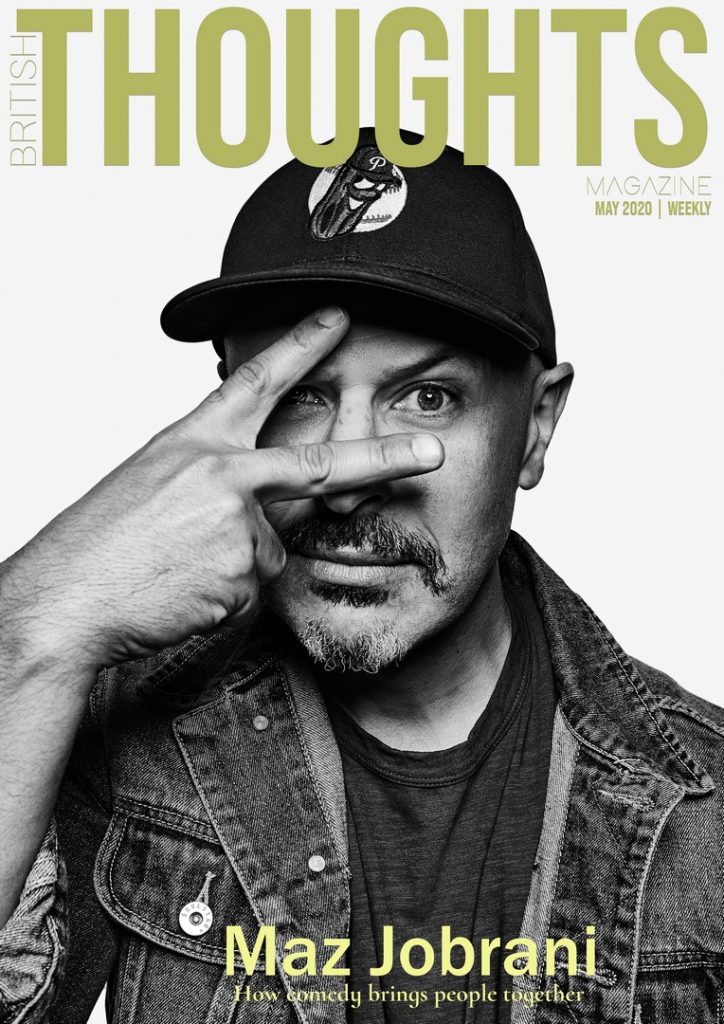 What made you want to pursue comedy and acting as a full-time career?
I was a big fan of comedy from a young age. My family moved to America from Iran because of the Iranian Revolution. I was 6 years old at the time. When we came to the U.S., I watched a lot of cartoons and eventually started watching Saturday Night Live and standup comedy. I was a fan of Eddie Murphy’s from an early age and wanted to be like him. My parents, being immigrants, wanted me to become a lawyer, doctor or an engineer. I started to do plays in school from the age of 12 and eventually, when I was in my mid-20s, I basically disappointed my parents and got into comedy and acting full-time.

A few years ago, you co-founded the “Axis of Evil” comedy troupe and it garnered a lot of attention. Could you tell us how it began?
The Axis of Evil Comedy Tour was originally started by Mitzi Shore, who was the late-owner of the World Famous Comedy Store. Mitzi, who was Jewish, had been watching the news in 2000 when there was renewed conflict between the Palestinians and Jews in Israel. She told me and the other guys from the Axis that she felt like there was going to be a need for a positive voice for the people of the Middle East in the very near future. This was before 9/11. She put us together on a show she called The Arabian Knights and would have us perform comedy under that name every few months at the Comedy Store. She felt that comedy could bring people together. We continued those shows under that name for a while, but since Iranians aren’t Arabs, we wanted to find a name that worked better. In 2005, Ahmed Ahmed, Aron Kader and I changed the name to Axis of Evil, taking it from the famous George Bush speech. We felt it was a good way to lampoon his vilification of a handful of countries by putting the word comedy at the end and showing that not all Middle Easterners were evil as the administration would have wanted you to believe. 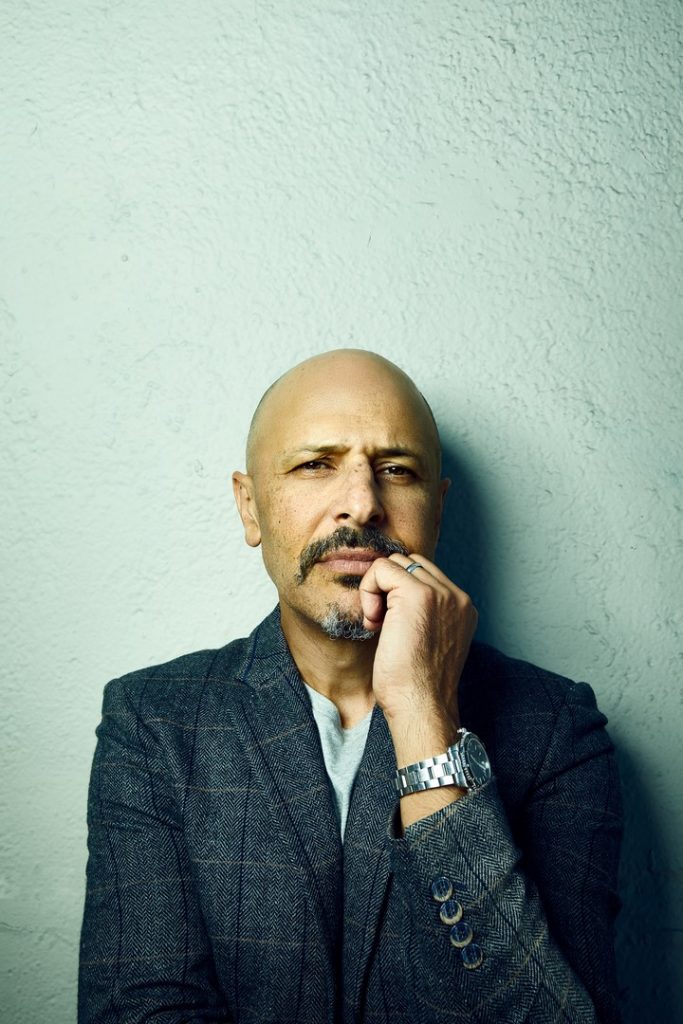 How would you describe your creative process when writing new skits?
I usually work out my material on stage. It is based on my real life experiences or on things I have read. I go to the Comedy Store and Laugh Factory in Los Angeles about 6-8 times a week and perform as part of their nightly shows. We each get to do 15-20 minutes and in those sets I will always try a couple of new minutes to see what works. I record the set on my iPhone and listen to it in my car. I do that for a while and usually it takes about a year to a year and a half to have a full new hour of material. You then hope to film it for a standup special and once that airs, you’re back to writing new material. I have had 5 specials in my career and I just filmed my 6th which I hope to release this summer.

You’ve shared on your shows how growing up as an immigrant, you’ve experienced being stereotyped. As a parent, do you think your children experience this more or less than you did?
My kids make me optimistic about the future. They come from a mixed marriage (my wife is Indian) and many of their friends have parents from mixed backgrounds. I don’t think these kids see color as a defining factor as much as we did. Also, I feel that our kids are more progressive than ever, and they will make the future brighter. There are still many who are closed minded and with social media seem to go further down the intolerant rabbit hole, but I feel that overwhelmingly we are headed in the right direction. 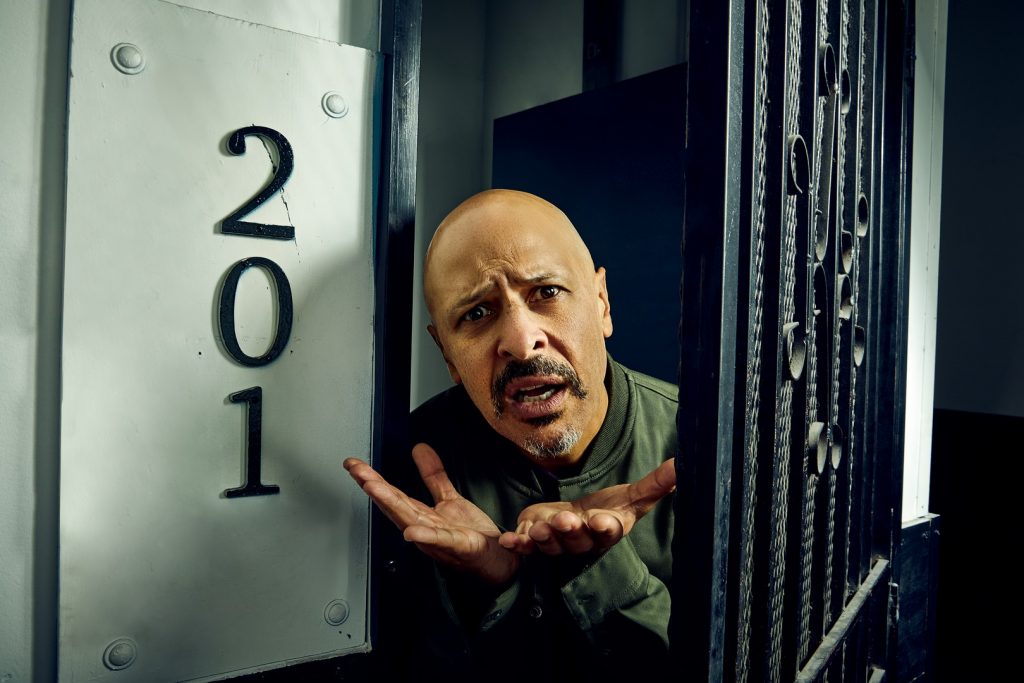 You and your wife carry DNA from countries with such rich cultural and culinary traditions. Pick one holiday that your family celebrates the most: Nawruz? Diwali? Christmas?
Since we live in the U.S. Thanksgiving is a time we always get together. However, given that she’s from India and I’m from Iran, we have usually ended up with a great spread of Persian and Indian food. Unfortunately, nobody touches the turkey. Poor fella!

You’ve skillfully blended politics and comedy in your monologues,  how do you know if a political satire works and wouldn’t be off-putting to some?
Well, the truth is you don’t know until someone either screams from the audience or writes you an e-mail the following day. I just try to express my point of view on stage and if they disagree, there’s not much I can do. I try not to be didactic, but keep it funny. If there’s a punchline at the end, then I think you can talk about whatever you like. Still, there are going to be some people who will get offended no matter what you say. I’ve found that to be true especially under Trump, as some people take a joke about him as if you’re joking about their grandmother. I’ve learned to not yell back at anyone who gets offended and just remind them that the point of living in a democracy is that we can make fun of our leaders and have our own points of view. I try to encourage those who disagree with me to start a blog or do their own comedy shows and express themselves however they want. You can see a good example of this banter on my YouTube page where a lady got offended at one of my Trump jokes and I just responded to her with a smile and let her rant. 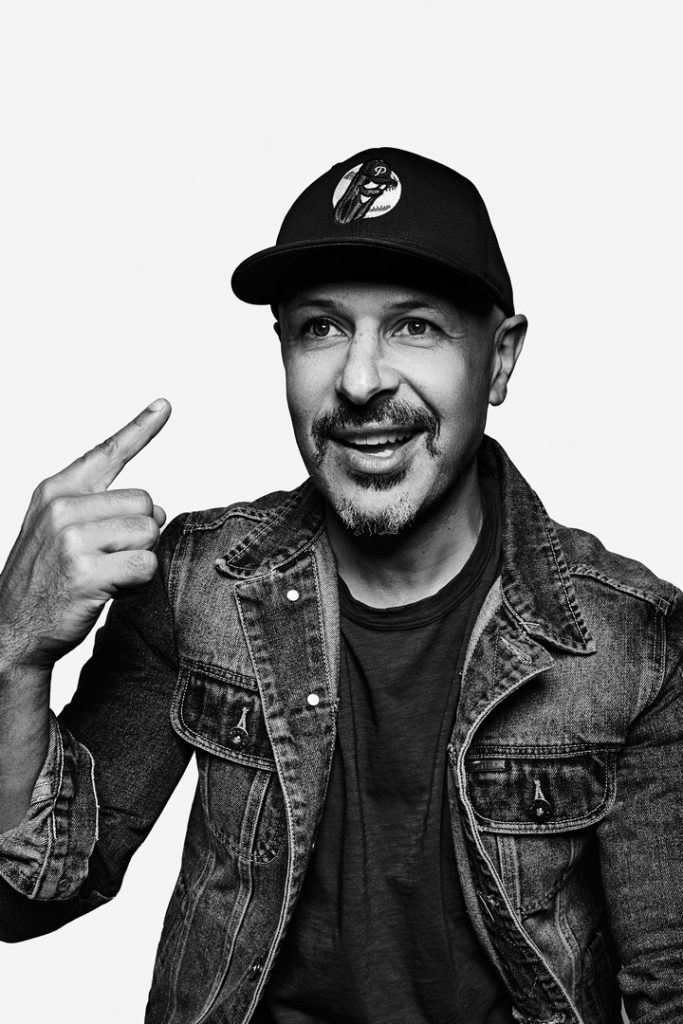 As an actor, are there any particular roles, or characters you wish to play in the future?
I just want to be in fun, well-written projects. I don’t have a specific character in mind. It would be great to do a sitcom in the near future with a character based on my life. I think with kids and the world we live in today, there’s plenty of comedy to explore and I hope that we get a chance to do that in the coming year or two.

How do you get your creative juices running in our stay-at-home-reality?
Haha! You tell me. I’ve been doing a daily Instagram Live rant at 4pm PST (LA Time) that I call The Purple Glove show because I wear a purple dishwashing glove and hold a microphone that doesn’t work. It’s part rant, part dance and part losing my mind. Still it has given me a chance to basically get on stage 7 days a week and just riff. With the Instagram audience sending comments as we go, it becomes a fun way to engage and hopefully entertain as people go through these tough times. 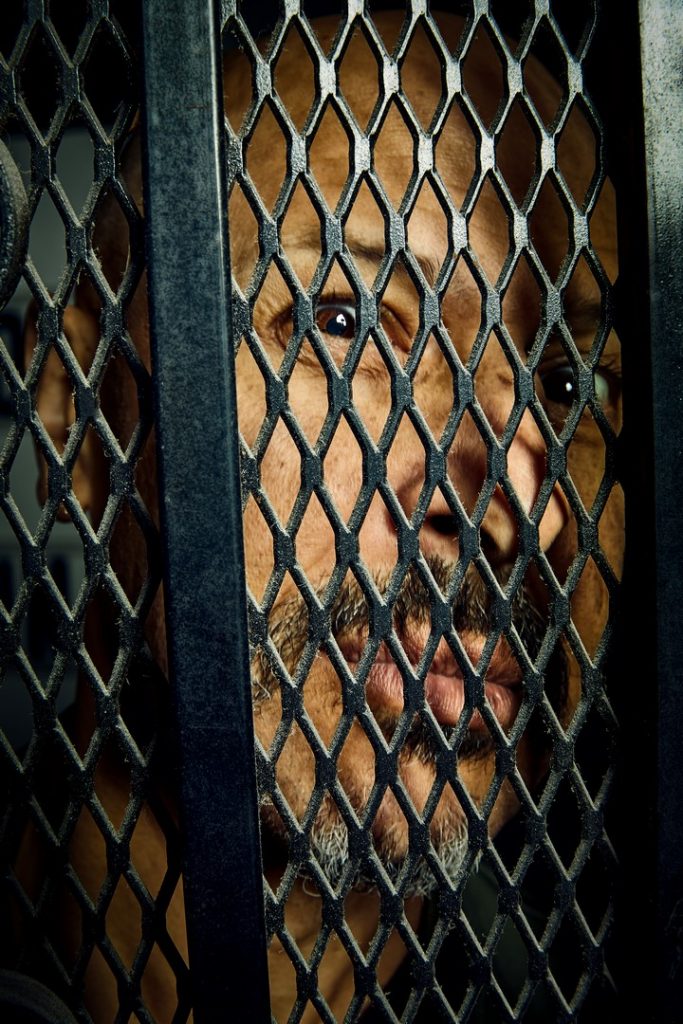 Is there anything funny about COVID-19?
Nothing funny about the actual illness and the victims. However, there is plenty funny about how we are on lockdown with our families and what we all seem to be going through. The other day I tried to order some dumbbells to work out and Amazon told me it would take at least a month for them to get here. I guess people are ordering dumbbells like toilet paper and they’re all out. That led me to doing an Instagram Live using household products for my workout – watermelons, pans, hamper lids, etc. It was fun for me and the audience seemed to find it funny. I think that’s because we are all going through similar experiences with this darn thing. I hope people are staying safe and staying healthy as much as possible!

Cristina Dam : How to Take Control of Your Spirit

Quick Steps In Getting You Ready For Your Next Zoom Meeting