On a successful career

Richard Whittle (born 31 December 1981) is an English actor. Whittle first came to prominence as a model for Reebok in the early 2000s. He is known in the United Kingdom for his role as Calvin Valentine in the British soap operaHollyoaks. In 2009, he placed second in the BBC reality competition Strictly Come Dancing. In 2012, Whittle crossed over to American television when he booked a recurring role on VH-1‘s Single Ladies, followed by a recurring role on ABC‘s Mistresses in 2014. From 2014 to 2016, Whittle appeared in The CW‘s post-apocalyptic drama The 100 as Lincoln. As of 2017, Whittle appears in the lead role of Shadow Moon in the Starz television series American Gods. 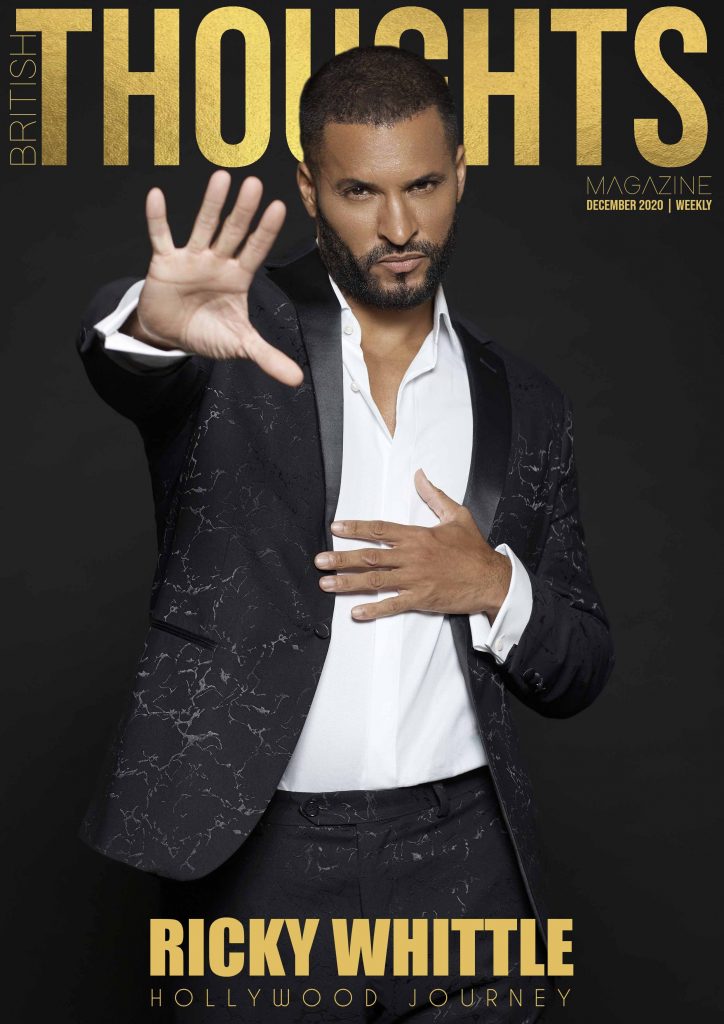 Your career has grown exponentially these past few years. Could you tell us, what attracted you to acting? Do you remember your first ever gig?

Of course, it was the sky ones ‘Dream Team’. I played Ryan Naysmith, a cocky, talented young footballer who had an eye for the ladies and sports cars, often ending up in all sorts of trouble. So much fun! It was my first acting audition and a great start to my acting career working under advice from Terence Maynard who played my father. An incredible actor whose advice I still carry today. I play make-believe for a living, it’s a gift, I call it Peter Pan syndrome, we never grow up.

If you were to name any screen/acting icon that inspired you into acting who would it be and why?

Growing up I watched Will Smith, Tom Cruise, Denzel Washington and Sylvester Stallone Save The Day over and over. The stories they told on the screen spoke to my heart, some characters just inspired me so much I wanted to make a point to see myself on a screen one day. Representation is so important and watching Will Smith as a child seeing someone positive, I looked like, it gave me the courage to believe if he can do it, so can I.

Off the cuff, if you were to describe your acting style/method in a sentence what would it be?

(*chuckles*) It was once said to me if you threw Will Smith in with Tom hardy, I was the outcome. Intensity and charisma. I’m hoping it was a compliment as I’m a fan of them both. With regards to method, I see similar workings in Stanislavski, Meisner though I’ve never studied them fully. 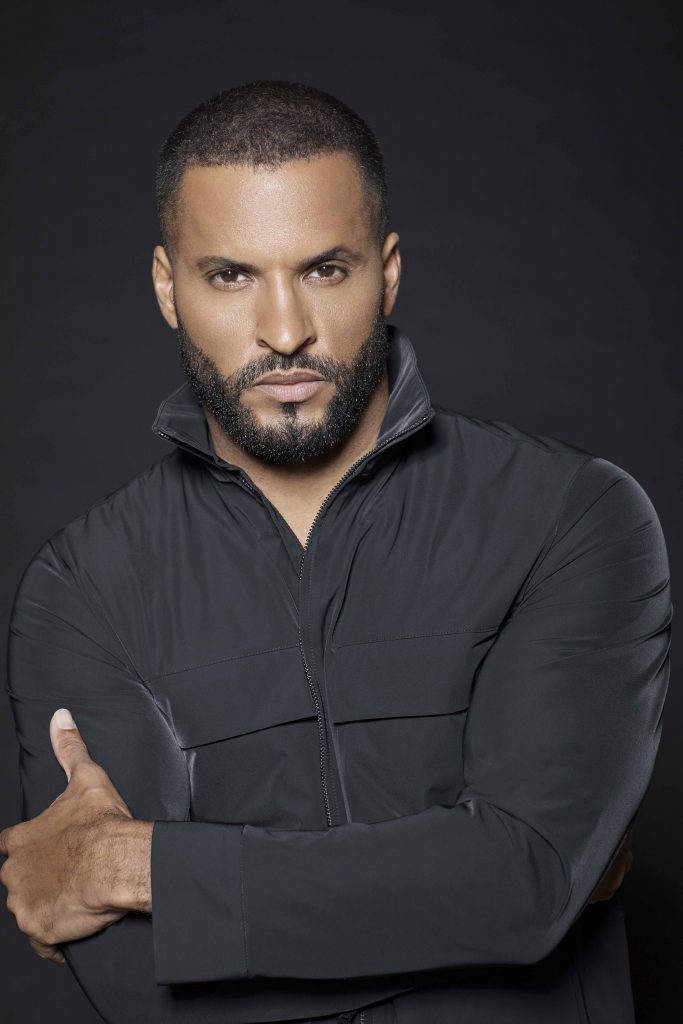 Some of Hollywood’s greats have their own methods in preparing for a role. Al Pacino and Marilyn Monroe are the famous students of Lee Strasberg’s “method acting” Do you have a certain process when it comes to preparing for character profiles?

I don’t like putting labels on things. I read a role with an open mind and take into account the characters’ part in the story, their objective, and how I’d want an audience to feel about the characters’ actions, then work backwards. It’s a process for me that all actors interpret differently when reading for a role. I develop the characters background, their voice, accent & tone. It’s important I prepare for them physically, how the character walks, stands, moves. All of these things will affect how audiences feel when watching on a big screen, so they have to come from somewhere real hence the background creation and research I put in.

If you were given the chance to portray anyone on screen who would it be?

Wow, too many people to say. Fictionally, there’s every man’s ideal in James Bond. A biopic on Michael Jordan maybe? He’s had an incredible life. I just want to work on great projects with great people. 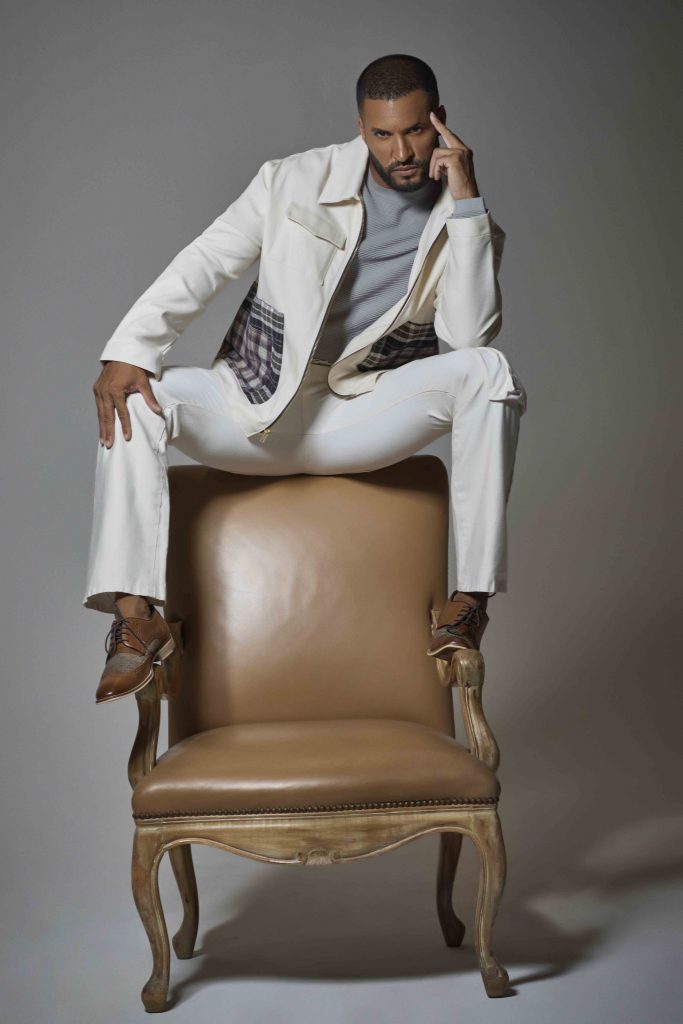 You’re currently starring as Shadow Moon, in the screen adaptation of Neil Gaiman’s American Gods.  What attracted you to the role?

Shadow Moon is an incredible role. He is constantly the universes’ punching bag, attacked physically, mentally and emotionally by the Gods and the world around him yet his strength to keep getting up and moving forward inspired me. The chance to work with the incredible author, Neil Gaiman along with the supremely talented producers Bryan Fuller and Michael Green was a gift and opportunity I couldn’t resist.

American Gods have been a cult favourite of Neil Gaiman fans since its release after the Sandman. In your opinion, what are the core differences between the book and the tv adaptation?

More of what you loved in the book. Neil has been with us from day one and though with this adaptation we are following his story, we flesh out characters and moments that couldn’t be expanded upon in the book. In the book, we are generally in Shadow’s head and only meet Gods that cross his path. Sporadic characters in the book like Laura, Billquis, Tech Boy, Salim…We get to see where they go when they weren’t with shadow. I feel it adds depth and variety to Neil’s already stunning story, investing more into the characters he’s created. 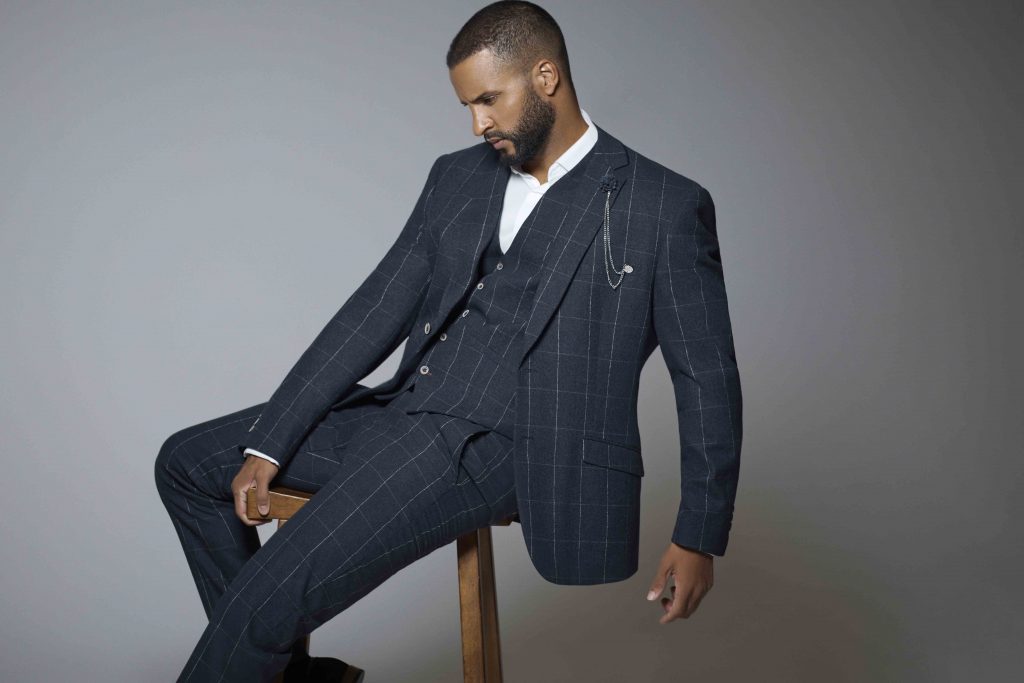 Minus the overall themes of mythology and fantasy in the plot. Do you think that the themes behind American Gods are relatable to real-life scenarios?

Of course. Everything in life can relate and American Gods are no different. Shadow is on a road of discovery by finding out who he is and where he came from. He wants to know where his place is in this world and how he moves forward in it. It’s important that he spends time understanding his relationship dynamics and how they change as he moves through different phases of his life. Yes, there’s a fantasy element here but I think everyone can relate to just wanting life’s answers.

People often find relatability with characters portrayed in their favourite shows. Putting this forward to you, if you were to name a character from the series, besides Shadow that you relate to who would it be?

I guess it would be Tech Boy. He is pure science and his world is simple. 1s and 0s. Everything evolves and advances and those who don’t adapt are left behind. I get that. Today we live in an ever-changing world. We are learning more about each other, the beauty in different cultures, races, religions and genders and I feel we should constantly stay open to change and progress. Everyone makes mistakes and it’s how we learn from them which define us. I feel the world is slowly owning up to its mistakes in history, it’s slow progress but there is growth. I have hope we will get there eventually where people feel free to be who they want to be, equality is real and not some illusional fog placating the masses. Tech Boy is constantly evolving, hopefully, humans can follow suit. 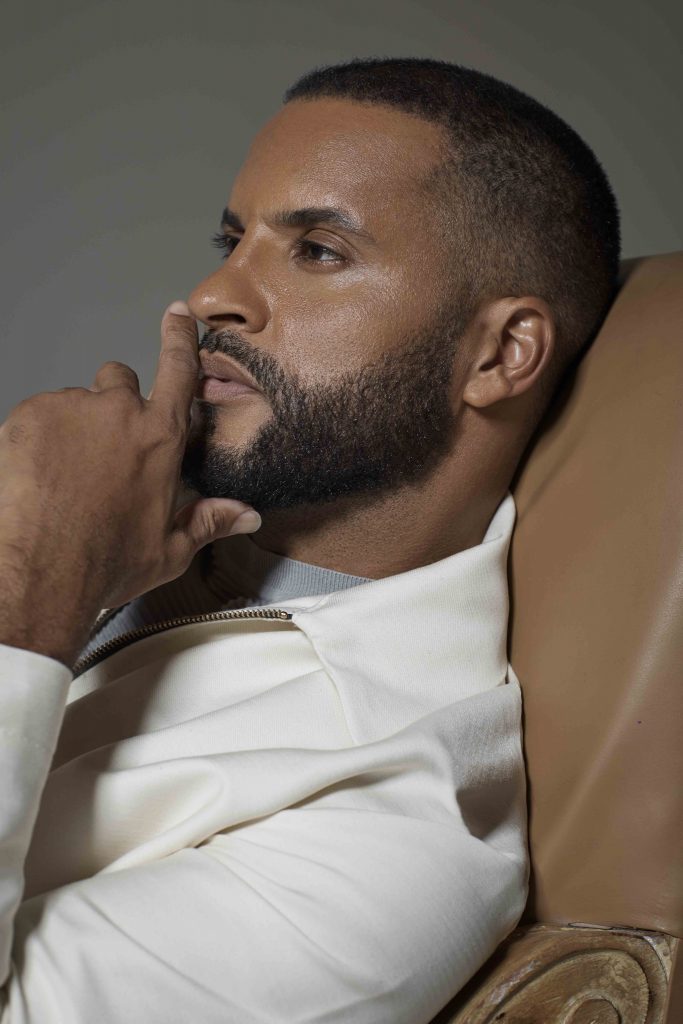 What can fans expect from the upcoming third season?

They can expect what I hoped it would be, my favourite part of the book and most anticipated part of the story, Lakeside. It’s where the story really takes a turn. Shadow and the other characters are all on roads of discovery. Finding themselves, where they lay in this battle of old Gods versus the new Gods and how they are all intertwined. We meet a whole new fun cast in Lakeside, an idealized town with a troublesome dark past that shadow spirals into. Each path is a rollercoaster of emotion leading to my favourite and the most epic season finale of all 3 seasons thus far.

With the world slowly opening up, film productions are coming back to work with compulsory swab-tests for cast and crew. What are your thoughts about the future of the film industry?

I don’t really think about the practical changes like testing, safety should be everyone’s priority. I understand people need to work but as someone who has encountered loss during this pandemic, I truly believe the industry should never risk lives for financial gain. But precautions are being taken like testing and quarantining after travel before meeting up with cast and crews. Before you could fly home when you weren’t filming for a few days, but with 14-day quarantines that’s no longer an option. There’s a lot of rules but if everyone follows them and thinks of others before themselves, we should be able to move forward. The industry is definitely having to evolve with regards distribution, I loved going to movie theatres and hope that I can again in the future.

Lastly, what would be your advice for budding actors/actresses during these uncertain circumstances?

That’s a tough one, I guess it’s to use time wisely. Not many are working right now so you’re not missing out. During quarantine, I’ve used the time to train and to better myself. I’ve been working out, learning Spanish, piano, sign language, reading, and studying so that I come out of this better than when I went in. It’s a competitive industry and following an industry lockdown every actor out there is now available, so make sure you are more prepared, physically and mentally. That you are more hungry and ready to fight for any role. Luck always plays a part, but so does hard work and it’s when the two meets, your time comes.