The New Face of the Indie Music Scene

Tara Beier is an American Canadian singer-songwriter residing in Los Angeles and Joshua Tree, California.  Her sound is a blend of California landscapes, acoustic instruments and story-oriented, melodic lyrics. She is known for her ethereal,  girlishly and sweet and warming vocals. While often drawn comparisons to artists like Stevie Nicks, Tori Amos, Jewel and Joni Mitchell, she distinctly holds her own within the alternative folk, indie scene.

During this pandemic, Tara Beier hopes to heal and uplift through her second album “ Super Bloom”. Produced in Nashville by three-time Grammy-nominated, Ken Coomer (Wilco, Uncle Tupelo). The album is released on Manimal Records, boasting artists from Yoko Ono, Moby, Duran Duran, Edward Sharpe and many more. Super Bloom, the album about “overcoming obstacles and blooming into your true self” and gaining national attention, featured in American Songwriter, USA TODAY, NBC, GLAMOUR and GQ. 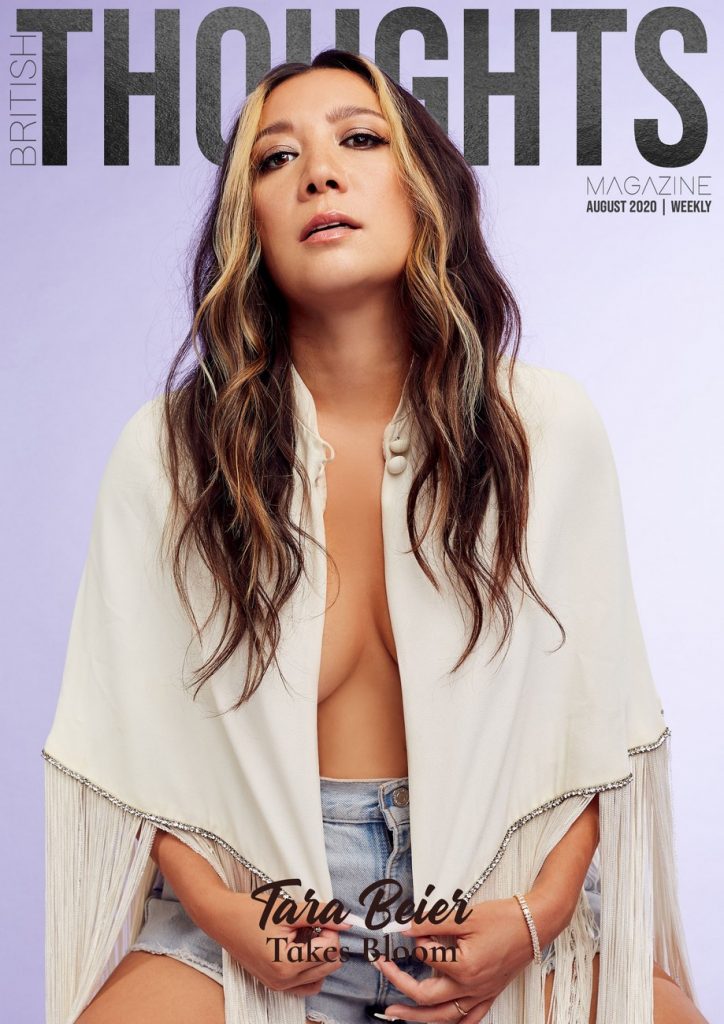 “Tara Beier is a really fascinating character. As you can infer from her Wikipedia, she’s had quite a colourful life and has tried on several different hats. In addition to being a songwriter, she’s been a film producer, an actress, an activist, a dancer and more — she was even an “avid equestrian” for a period of time in her youth. All these things combined give Beier a unique and singular worldview… which may be the secret behind her unique and singular sound. On July 10, Beier released “Hopeless Romantic,” a sentimental folk-rock romp which serves as the lead single from her forthcoming LP, Super Bloom.”

Coming from a mixed heritage – European, Filipino, and growing up in Canada, how much influence did your growing years have on your sound of music?

In Canada, we had almost the same musical influences as in the US but the famous Canadian musicians that influenced me would be Joni Mitchell, Neil Young and Leonard Cohen. I was the oldest child and my parents separated in my teens and then got back to together, I moved several schools, I felt had to take more responsibility at a young age. I had some critical people and faced some abuse in my life and that was extremely hard to live with. Therefore, my music centres around overcoming some of the pains that I faced and finding my own voice.

Being mixed race, it was very interesting because you have the blessing of understanding both sides.

I have been known to have a singular, unique sound and I think this is reflective of my mixed heritage because I had to really hone in and find my true voice instead of fitting in a box. I just trusted whatever came out on the guitar and through my lyrics. I’ve always had a strong sense and love for the melody. For me, a good song is a good song, regardless of the genre. 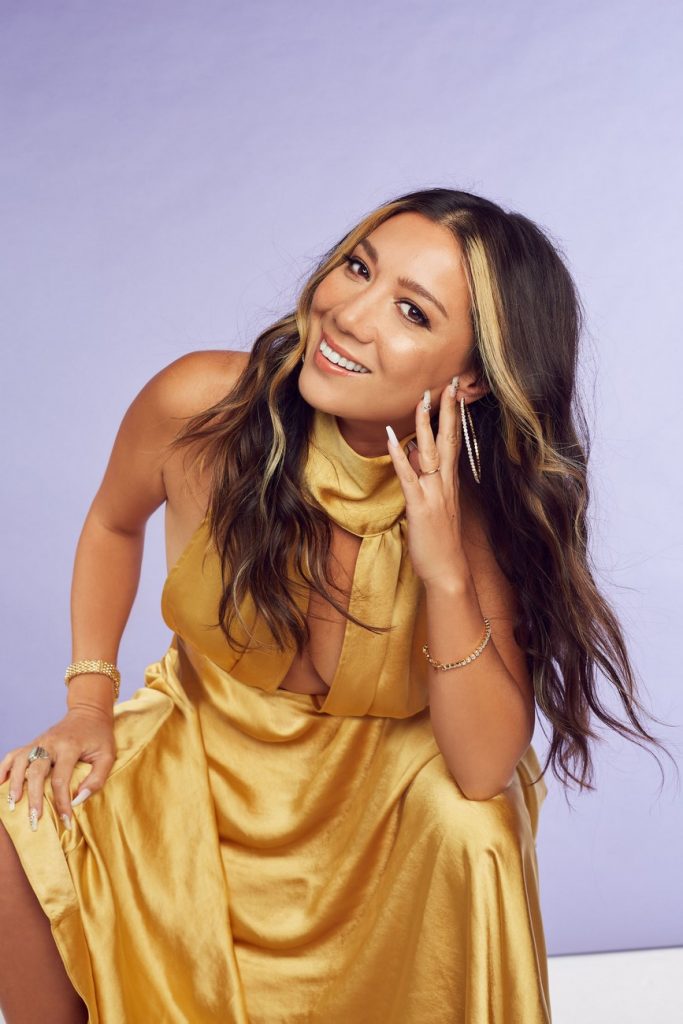 Do you remember the first time you got bitten by the music bug? What instrument did you start on?

I started on the piano and played classical music since I was a really young kid at age 6 or 7. My brother and sister briefly tried it and then got shortly disinterested but I stayed in for 10 years for some reason! So I guess my heart was in it.

I can remember practising at night-time, in a dark room by myself. It was a bit spooky but nice memories of really hearing the notes of the keys. It was a special time for me to escape from everyone else and play!

If you were to describe your style of sound now, what would it be comprised of?

I am an “Alt-Folk Artist” which is a subcategory of music genres.

You could put it in the category of Alternative Folk or Indie Folk.

If I could further describe, it is a blend of California landscapes, acoustic instruments and story oriented, melodic vocals.

The producer of my latest album, “Super Bloom” was American alternative rock band, Wilco’s original founding drummer Ken Coomer, where we recorded in Nashville. Additionally, the producer of my debut album, “Hero and the Sage” Brett Higgins, is the past bassist of critically acclaimed Indie Folk band Great Lake Swimmers. Therefore, I didn’t realize it at the time but I was naturally leaning towards this genre. Some of my favourite artists within this genre are Sufjan Stevens, Bob Dylan, Fleet Foxes and the Decemberists.

I have also heard that being from the west coast, there has been a trend to progressive folk, Americana. Pearl Jam is a great example of this and his music I strongly gravitated to in my teens. I was born and raised in Vancouver, British Columbia and now happily reside in California – Santa Monica and Joshua Tree, so maybe this all makes sense for my style of music!

I also love the music coming out of the 1970s and 1990s. Artists within the realm of folk, rock and indie like Fleetwood Mac have greatly influenced the tunes I like to write. 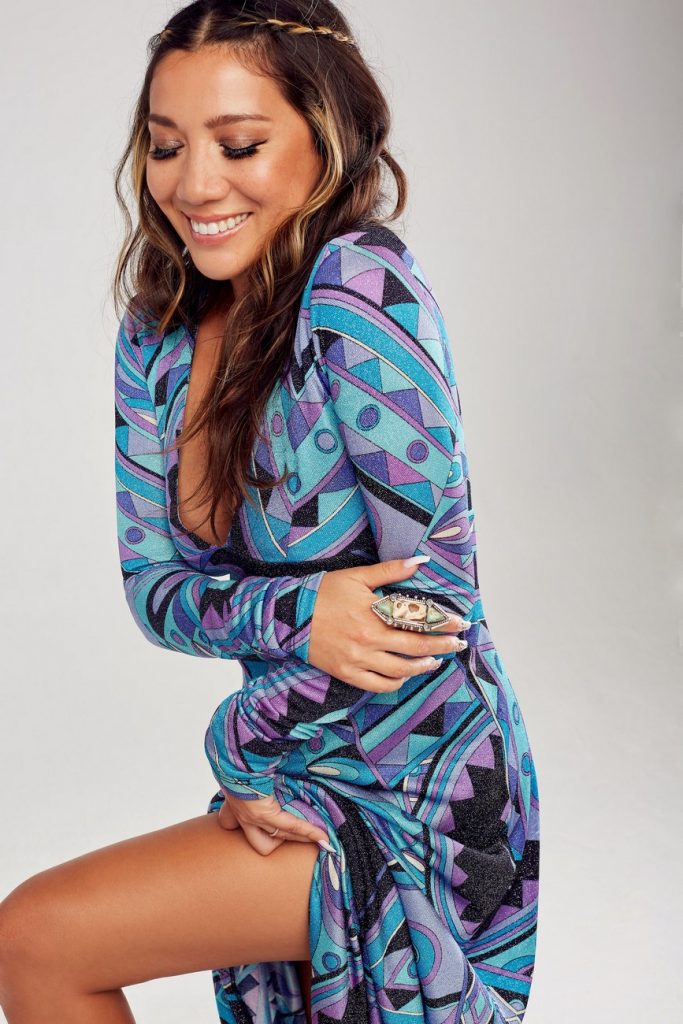 Could you tell us more about the message behind your album “Super Bloom”?

“Super Bloom” is an album on the idea of rewiring thoughts from negative too positive. That we are all “super blooming” and blossoming into our true selves. Every one of the ten songs on the album is about inner growth and hope at the end of the tunnel. I hope my music is a healing experience for people combined with a great, full sound.

That’s my little contribution to the world. Enjoy!

Do you have a favourite song from your album? And if you do, could you tell us why?

All the songs on the album are like different colours of the rainbow, themes or shapes.

My label, Manimal Records picked out certain singles to pre-release. They were “Super Bloom”, “Caged Man” and “Flying Saucer”.  “Flying Saucer” is one of my favourites, the vibe really takes you somewhere else, perhaps to the desert. It’s inspired by a famous story of an encounter with an alien, the need to escape the toils of the world and the answer of love necessary for human survival. This legendary tale actually occurred in an area I live, in Joshua Tree, called “Landers”, which has been known for UFO encounters in the 1950s and 1960s.

Hopeless Romantic is also a fan favourite. It’s about paying gratitude to the past. Being in the present and loving your life now. Looking back with reverence and peace to the people that have touched our hearts. It was one of the first songs that I wrote that set the foundation for the album. Written in a cabin in Yosemite, the feeling of the song was inspired by Chris Isaak’s “Wicked Game”. Music video director Hana Haley did an amazing job expressing the song into gorgeous dreamy images set on a beautiful desert landscape with horse-riding in an abandoned California town and motel. 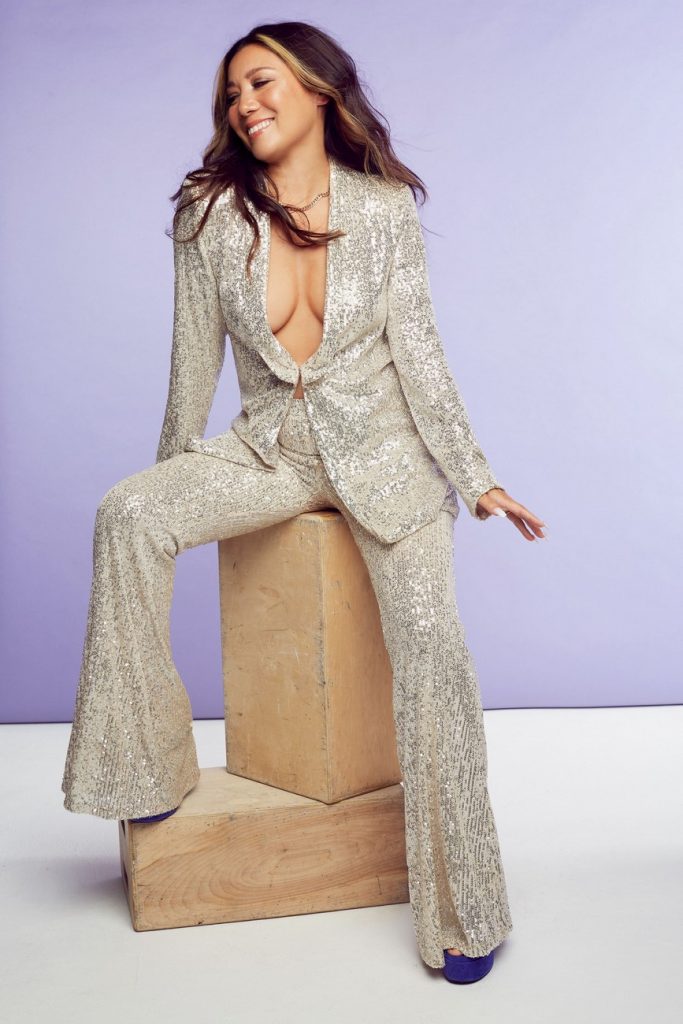 During these crazy times, do you think that creativity is something hard to come by?

No, I think creativity is bigger than ever right now. People can literally turn on their phone and express how they feel on social media and reach people in the comfort of their homes, this is true freedom!  Also, the fact that you can turn on your phone and listen to any song you want on Spotify, iTunes, Youtube and more is just incredible.

During this pandemic, it is even more reason to write and create new content. The best art has spawned from human struggle and with this comes change and growth. Creating and expressing our art in whatever form is a way to help us all collectively move forward right now. But I do advise to take media breaks and do lots of self-care because the state of the world is a-lot. It’s important to nourish yourself mentally and physically in order to create your best art.

Artists have a duty to make the world feel better. We must have the courage to share our hearts and our truths. 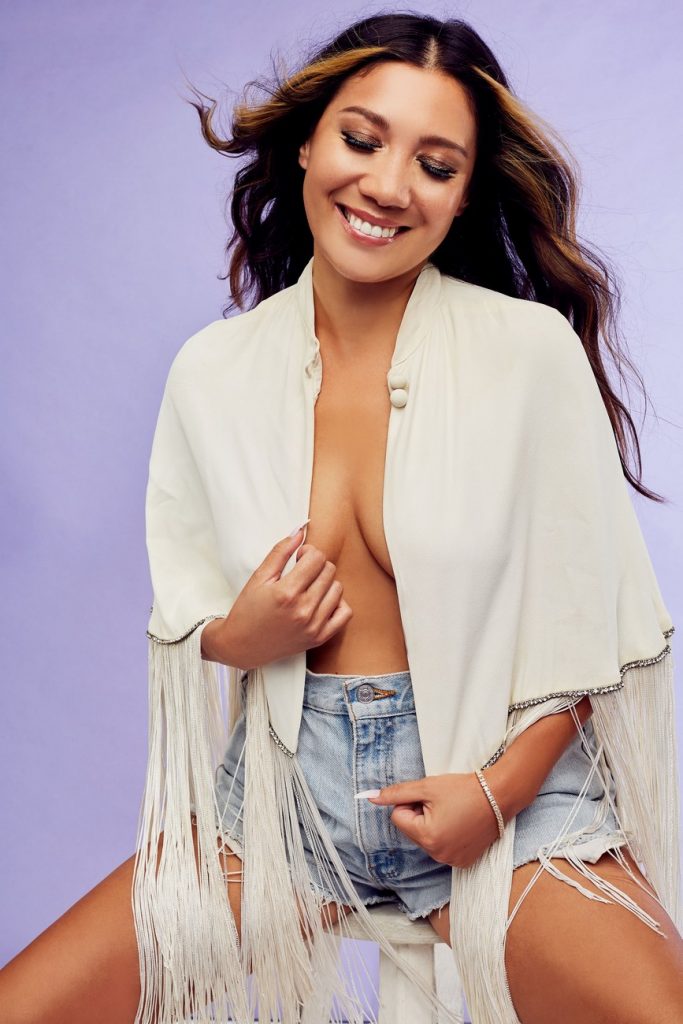 If you were to give any advice for upcoming singers, hoping to break it into the industry — what would it be?

If I could give any advice to singer-songwriters, it is to imagine yourself in a race with thousands of runners who are doing amazing work as you, that are equally talented. I would encourage you to put your eyes down to the ground while you’re running the race. Don’t put your head up and focus only on your feet. Through consistency and hard work, you will finish the race, on your own time and enjoy it too! Everyone’s artistic journey is different and beautiful. Do not compare yourself to others and make sure to focus on your strengths, not your weaknesses. I also advise incorporating self-care into your lifestyle to help balance out those stresses like taking a bath, walking in nature, going out with friends or binging a good TV show, whatever! This is all a part of listening and loving yourself so you have the energy to express your true voice. Lastly, please treat your artistic career like a 9-5 full-time job! Write down your plan and execute goals the best you can. Make sure to keep writing, recording, shooting, sharing content on social media, touring and performing. No one said it would be easy.

Lastly, and this is a hypothetical question if you were to write a song about 2020, what would the title be?

I’ve actually written a song called “I can’t breathe” for this historical time of 2020.

Not only can we not breathe as a symptom of Covid-19 but metaphorically, we cannot breathe through racial injustice and climate change. As human beings, we must have hope that we will overcome and change for the better of our future generations.