Roxanne Messina Captor’s latest project The Salon is a comedic digital series about a salon and the interesting characters that walk through its doors. Roxanne wrote, directed, and produced. The idea came from Roxanne’s earlier project entitled A Couple of White Chicks at the Hairdresser, which had a similar premise and was something that Roxanne always thought would be a series. The time seemed perfect and the digital series format has gained popularity over the past couple of years. “People kept telling me it would be a great series and my friend sat me down and said, ‘just do it, it’d make a great series.”

KTLA’s Sam Rubin was quoted saying, “The story here is how Roxanne pulled on every avenue of her life to get this project made,” a sentiment she can definitely attest to. Whether it was finding a shooting location or working with a new format for the first time, working on The Salon was always an adventure for Roxanne and her crew. “We had a lot of interesting moments, as you do with production, but in my opinion, the challenge is always the fun of it,” Roxanne says. 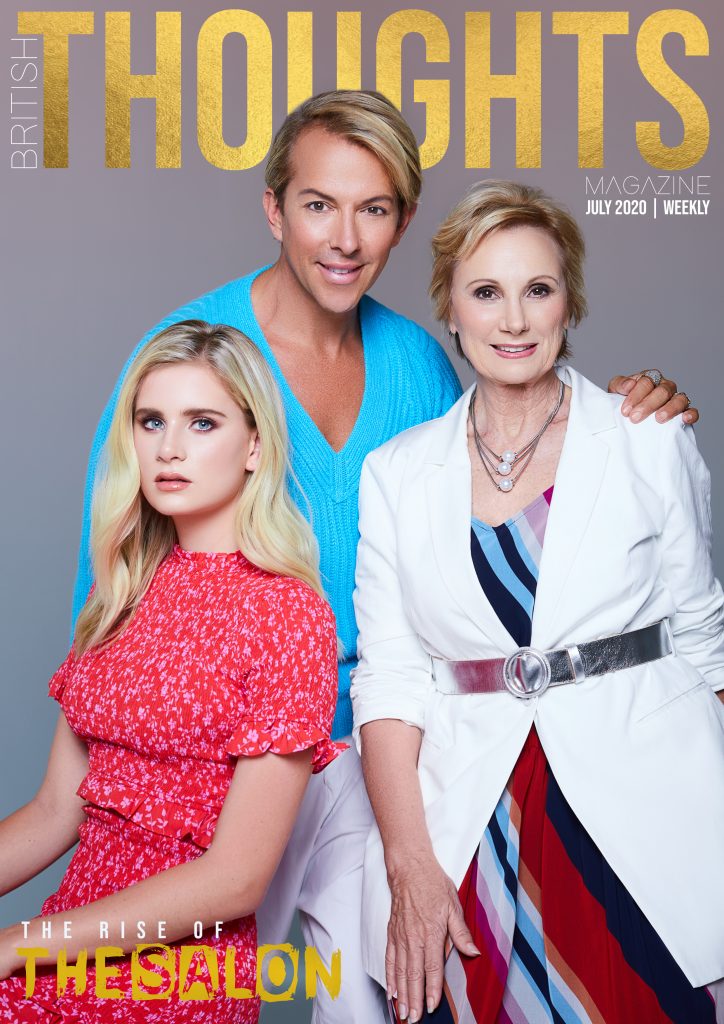 The series stars a diverse cast, one that Roxanne says was mandatory in representing modern society and includes American Sniper’s, Jose Luis Lopez, social media influencer Candy Washington, Akende Munalula, Chala Savino, Vanessa Garcia, television personality Derek Warburton, and Harry Shearer, who returns as the ghost of his character from A Couple of White Chicks. When speaking on the cast Roxanne states, “The cast was really eclectic and it was really important to get a microorganism of what a real American city is. It’s LGBTQ and it’s multigenerational,”

Post-Production During A Pandemic

The Salon hit post-production right as the COVID pandemic hit its stride, forcing Roxanne to wrap the project in a way that was a little unfamiliar to her. “I was not sitting with an editor in an editing bay and it was the same thing with the music file from Judith Owen.  My Google Drive is filled with music and sound files,” she goes on to say, “Because we have the technology, we were able to finish during the pandemic. It was great to realize we can work from anywhere.”

The Salon was vetted to be in the EMMY(r) FYC CAMPAIGN for Outstanding Short Form Comedy or Drama Series. When speaking of the Emmy race she explains, “It’s an immense amount of work and an immense amount of campaigning but it is worth every bit of it. The Salon has been a true grassroots, independent production. We’re pushing that little engine up that hill because we don’t have a big studio behind us.”

Roxanne is not only gearing up for another year teaching production at Santa Monica College but hopefully, a second season of The Salon. Captor excitingly looks to the future stating, “The goal is to do a second season. Hopefully, the second season goal would be a half-hour sitcom  The Emmy would be a good step towards that.

British Thoughts magazine sat down with Captor and 2 of its co-stars, Mason Grammer daughter of famed actor and executive producer Kelsey Grammer and Real Housewives of Beverly Hills star, Camille Grammer, along with Celebrity stylist and international tv personality Derek Warburton on how they got involved with The Salon. 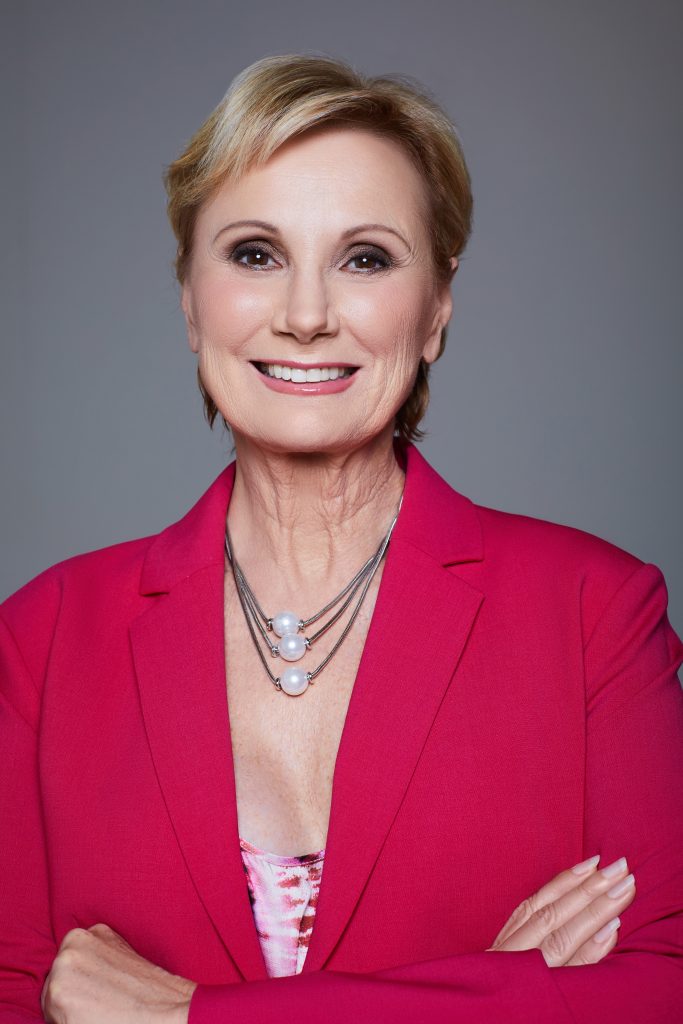 Congratulations on The Salon! Tell us, what inspired the series?

Roxanne Messina Captor: It is based on my award-winning film “ A Couple of White Chicks at the Hairdresser”.  I was intrigued by the strong intense bonds… friendships that are made in the rarified atmosphere of a hair salon.  The characters were so diversified and multi-layered that the film screened for a series. I was honoured that Harry Shearer and Kate Linder reprised their roles.

You have been in film and television for over  20 years. How has it changed and why did you decide to work in the digital space?

This is a multi-layered question.  My first career at 12 was a professional ballet dancer.  In the ballet world, one learns persistence, perseverance, passion and disciple.  This has served me well in all my career transitions.  As a network executive and producer: director, I was never one who thought about a glass ceiling.  I always felt one brought their best talents to the room. Performed the best job one could.  I do remember at a network meeting looking around the room and realizing I was the only woman among the senior executives.  I think that is the first time it hit me.

Now I look around and I am not the only woman.  And there are more women of colour.

In making a digital series,  it was a new and challenging form.  A fun way to move a project in the direction I wanted it to take.  The contents of The Salon lent itself to this format brilliantly.

In the end, the product is a production with all the same highs and lows.  We completed the post during the pandemic. Again forging new techniques by working completely online. If you would like to know more about the process go to www. thesalondigitalseries..com and read about the making of a digital series.

Women in Hollywood have made incredible strides in the last year, what do you think the future holds?

I believe to keep working and stay current one has to constantly reinvent themselves.  One must be resilient.  Women have always had these traits.

It is no wonder we as women are finally coming into our own. In all aspects of life. Politics, Entertainment and Business.  It was just a matter of time.  Now the time has come.

There is still age discrimination among women. It is sad. There is nothing like wisdom and experience.  I teach at University. It keeps me current on Pop culture, topics and also on new technologies.  As long as we are currently we have something to say.

In the series, you tackle such topics as diversity, gun control and immigration. How important is it to you to discuss these topics?

EXTREMELY IMPORTANT!  I am always interested in what is below the line… under what we see or perceive on top.  I am fascinated with the dichotomy of people’s perceptions and the truth under them….usually very different.

So The Salon is a meeting place, a sanctuary.  There is great friendships here and great humour.  But under it all, we get to the core of what is important to these characters.

The cast is a microorganism of our culture. Diverse, multi-generational, mixed-race couples, LGBTQ, and deaf actors.   They are all part of the same melting pot.  All connecting for the common good.  So what could have been a ball of fluff has much more depth and intensity.

We hear you are working on a season 2 of The Salon, can you give us a taste of what’s to come?

Well, all that is HUSH HUSH my lovelies.  But I can tell you that life at Ricardo’s is not the same after the pandemic.  Marc’s (Harry Shearer) ghostly antics will continue as he mentors Judy (Mason Grammer).  Channing (Derek Warburton) and Ambimola ( Akende Mukden) relationship will have new challenges as Ambimola is visited by the young celebrity Hollywood. 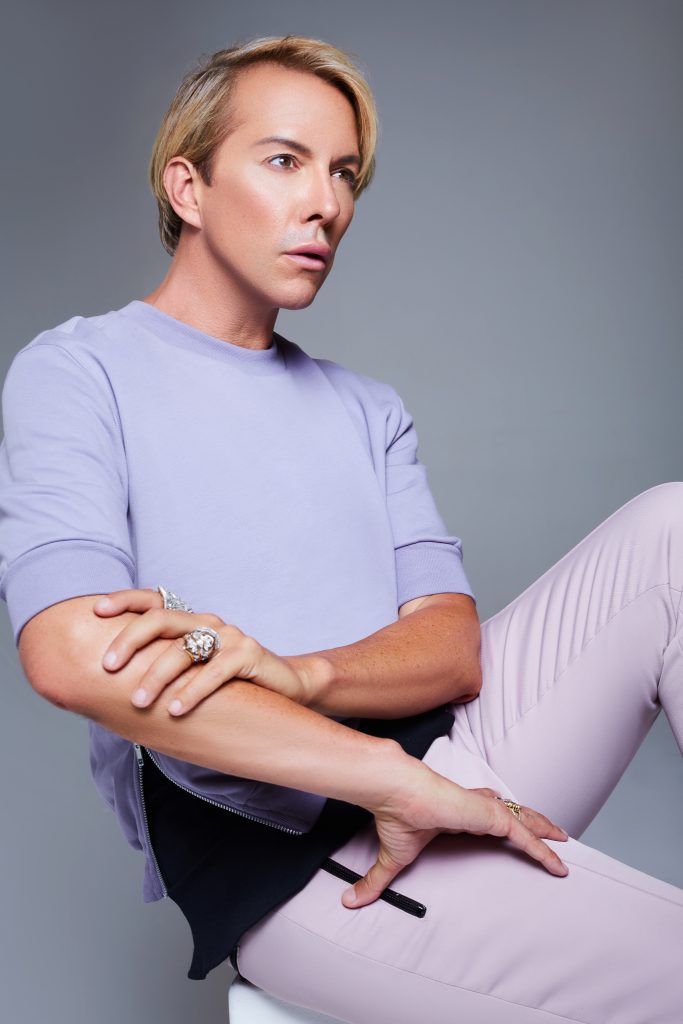 Famed celebrity stylist and international media personality, Derek Warburton, sit to talk to British Thoughts Magazine about his role as Channing the sassy over the top television star who is dating The Salons oscar-winning African makeup artist and anti-gun activist Ambimola.

British Thoughts: How did you get involved in The Salon?

Derek Warburton: On my birthday, July 19th a year ago I went to lunch with a group of people in the film business and the writer/director Roxanne Messina Captor was at lunch. We sat across from each other and struck up a conversation. We loved each other right away and she was just starting to write the script. She asked if I would be interested in doing a walk-on, which grew into my character, Channing!

After years of being a celebrity stylist and editor, how does it feel to be in front of the camera?

Funny enough I have been in front of the camera now almost as long as I have been behind. I have been a talk show guest more times than I can count and guest-hosted talk shows for years. Then I have guest hosted a couple of docu-series. I think being on camera makes you a better editor and a better stylist because you have more experience and working both sides becomes an asset. 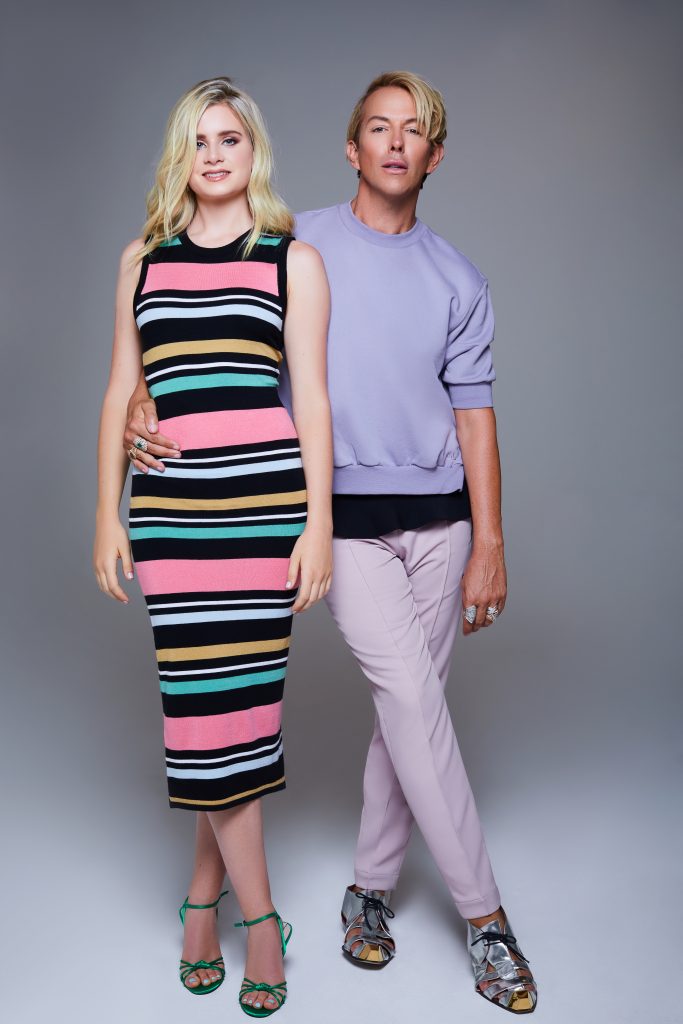 Have you acted before?

I have done very little acting before 2019. I have always done more live tv and reality. But last year I got cast in a full-length feature film called Sarogeto by new director Nico Santucci. I play a shop owner named Darren, best friend of the lead character. The movie comes out later this year or beginning of 2021.

The Salon is a digital project, what do you think the future is in the digital age?

Digital and streaming is the future. If you can’t watch it on your phone, iPad, or laptop then it’s not gonna happen.

More acting in the future?

Well, I certainly hope so?! I am excited for season 2 of The Salon and I want to get more involved with other content creators. I live my life to its fullest and I will take every opportunity that comes my way! 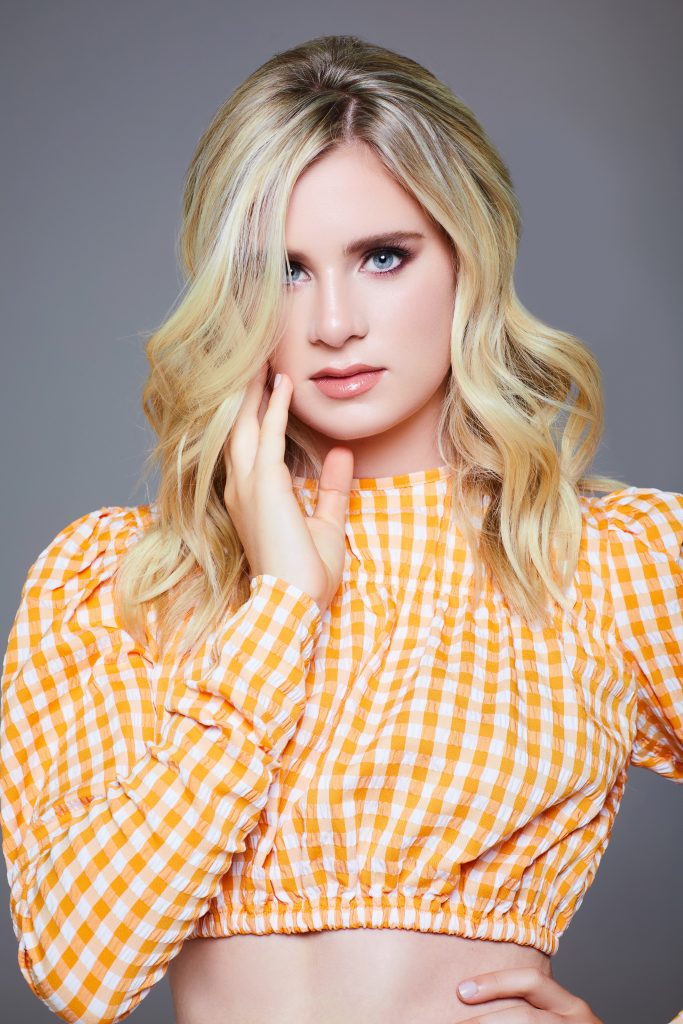 British Thoughts Magazine sits down with teen actor Mason Grammer who plays Judy  The Salons front desk clerk who is the glue that holds the salon together and takes care of all of its eccentric patrons.

Congratulations on The Salon! Tell us about your character and how you related to her?

Mason Grammer: I play Judy the receptionist at the salon. Judy is in a way a timid character who is quirky and is also very strong. I related to her because we are both shy and quirky people just trying to find our way in the world.

You come from an entertainment legacy with both of your parents in the business, did you always know you wanted to act or be an entertainer?

From a young age, I didn’t really know whether or not I wanted to. When I got older though I knew that this was the direction that I wanted to take my career in.

The Salon is a digital series, do you think digital entertainment is taking over film and television?

I think that the digital series will become more and more popular and that they are here to stay in the industry.

You are also a model, what do you think the similarities are between modelling and acting?

They are both very different. I’d say that they are similar in which both are a performance just in different ways.

You are off to Emerson college in the fall, are you excited? What are your goals for this new phase of your life?

I am very excited! I’ll be studying media arts production at Emerson College. I can’t wait to learn more about the craft I love, the people I’ll meet, and all the new experiences that I’ll have.

DEREK WARBURTON FOR THE THOUGHTS COVER !