is becoming one of the best party cities in South East Asia. 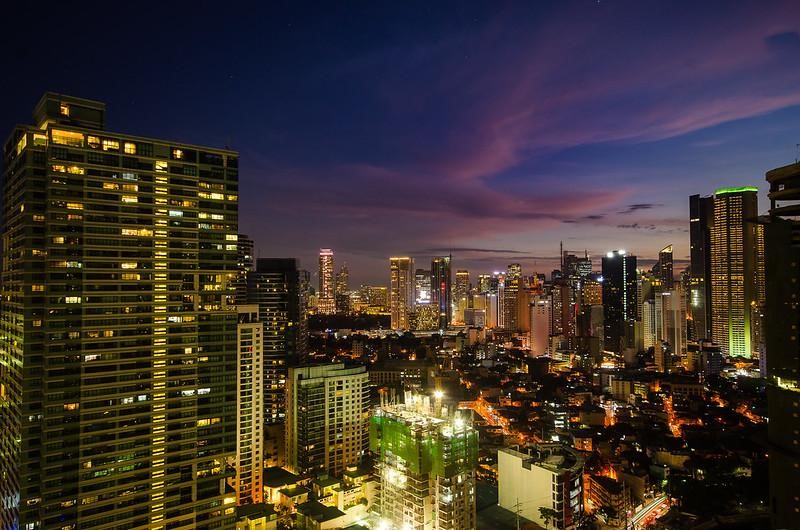 Metro Manila is a Cosmopolitan behemoth of 16 cities that comprises up to one region.  It is one of the most densely populated cities in the world, and the country as a whole has come a long way from Spanish rule, The American Commonwealth, and WWII.

Manila, like some of its Asian counterparts, became notorious internationally for having a seedy nightlife. That as a local, you would usually encounter some people asking: “Does Manila have a red light district?” and  “Where do I pick up girls in Manila?”  because of that notion, one would have to ask, is this it?

What if there is more than what meets the eye? Over time, Manilla’s reputation has transformed into a city that never sleeps, partly due to the influx of BPOs that operate in the country for their US and European counterparts and the rise of gambling tourism. With all these factors playing roles in the economic development of the region, the daily dynamic of the city shifted to an energetic hub for a variety of night owls. Wherein there is always a little something for everybody.

The Metro’s nightlife scene can be described as vivacious, wild, vibrant, creative, and evolving. It gained a reputation for being one of the best places in South East Asia to party in. For some others, this city of dual faces has changed their first impression of the Metro, that they chose to live in it.

Gregor, 30 from Glasgow, Scotland, came to the Philippines 4 years ago on a working assignment for his company. He found himself staying in the heart of Makati, one of the oldest business districts in the Metro and home to one of the most infamous red-light strips in the PH.

His first impression of the nightlife scene was not the best. But after a year of living in the country on his own, he later ventured out to other parts of the Metro, that showed where the true-blue Manilenos frolicked. He explored Poblacion, Makati one night, and found himself in a cluster of rooftop bars, clubs, and lounges that catered to the indie darlings and creative folk of Metro Manila. Travelers are often spotted here. You see them unwinding and hanging out with locals at the rooftop bar at Z Hostel or dancing their jet-lag away at Topic Poblacion, where the best Disc Jockeys in the Metro religiously play techno and house religiously.

Luis Del Carmen, the founder of Sessions Academy Manila, is a Fil-Am DJ hailing from California, USA. He has been calling Manila his home for the past 5 years, “Manila is unique because it literally melts all influences in music and culture together in a way that is understood and enjoyable to any enthusiast. Whether it’s hip hop, mainstream down to the subcultures of underground music- techno, trance, and house there’s a thriving culture in nightlife.  Compared to similar cities like Singapore or even Tokyo, we are right up there with them—maybe not in flashy new venues but rather how we cultivate movements in the industry.” 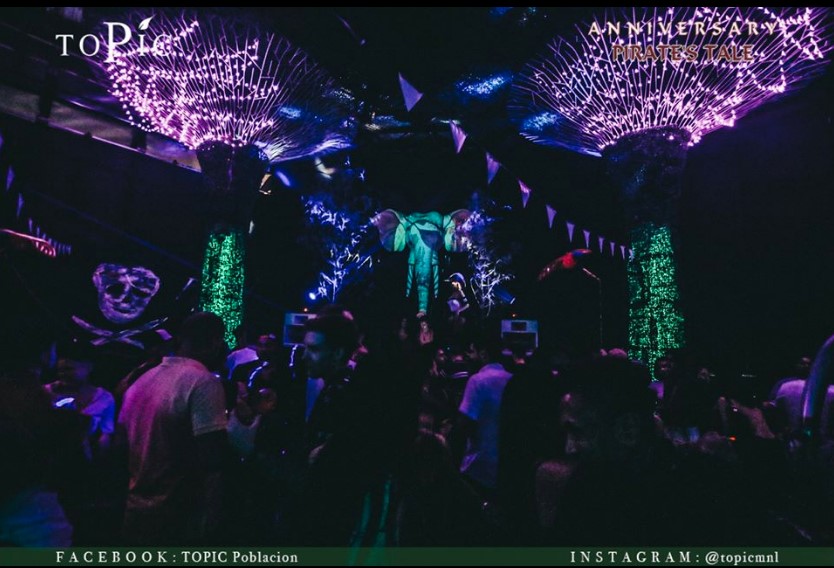 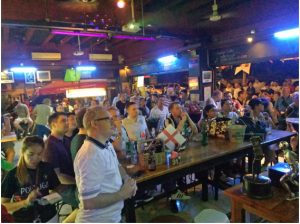 If that isn’t your scene, and chilling with a draft beer + football is what you are after. Fear not, because Makati is home to several sports bars that have live shows of the EPL, UEFA, NBA, Rugby World 7s… etc. these pubs (Howzat, Mulligans, Handlebar, and Heckle & Jeckle) are open 24/hrs with pool tables, darts, and classic pub food.

On the other side of Makati, we have Bonifacio Global City. This modern luxury township has become known as the newest financial and business hub in the Metro. This district resembles Singapore in a nutshell, with its columns of skyscrapers and infrastructure.

In BGC, as the locals call it. You will find gems of world-class restaurants, bars,  luxury night club complex, and a series of 5-star hotels that cater to the most discerning traveler and to the locals that want to paint the town red.

Social butterflies wear in their finest attire whenever they hit up this part of town, “dressing to impress” is the term used here. The Palace Manila is the first luxury nightclub compound in South East Asia, it aimed to herald in a luxury club experience to Metro Manila that could only be found in big European night clubs and The Las Vegas Strip. 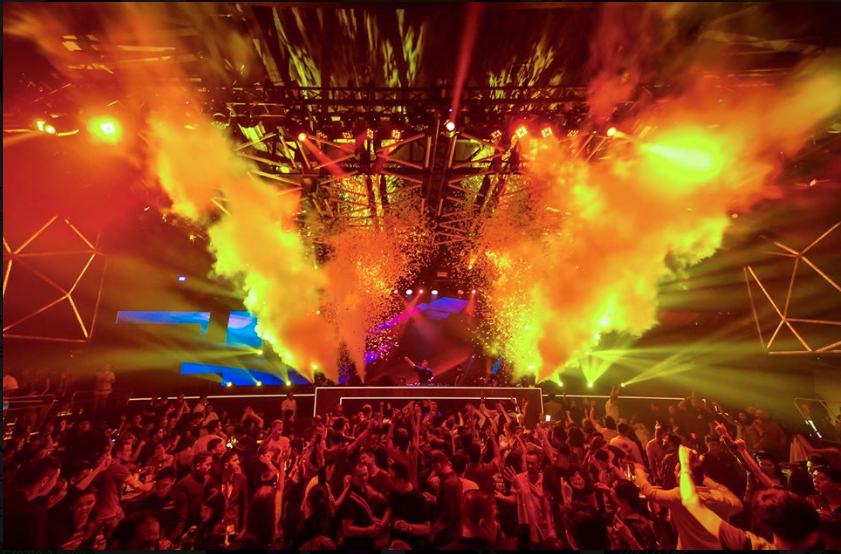 Xylo at the Palace Manila: Photo grab via Facebook @thepalacemanila

The Palace Manila is divided into five main clubs; Revel, Xylo, The Island, BAD, and Yes, Please! These are the go-to’s for local celebrities, the rich, and affluent youth of Metro Manila,  Simply because it is one of the best places that the city has to offer. Even international celebs come to this party haven whenever they are in town ( i.e: Dua Lipa, Miguel, Bazzi, Shay Mitchell..etc.)

With these establishments bringing in people from all walks of life to this booming cityscape, Manila is progressing into modernity much like its Southeast Asian Capital cities, but whilst having its own unique identity, that can’t be described thoroughly in words or pictures, it is something that one has to fully experience for themselves in this endless tropical hidden city.

REGGIE MARTIN from nothing to something to everything

ATOLYESTONE LONDON - the story of luxury